After several days of rain, although still warm, we had a dry sunny day for our day trip into Porto also known as Oporto.  The bus stop was just around the corner to the campsite and the journey only took about 35 minutes for 1.80 euros each one way. 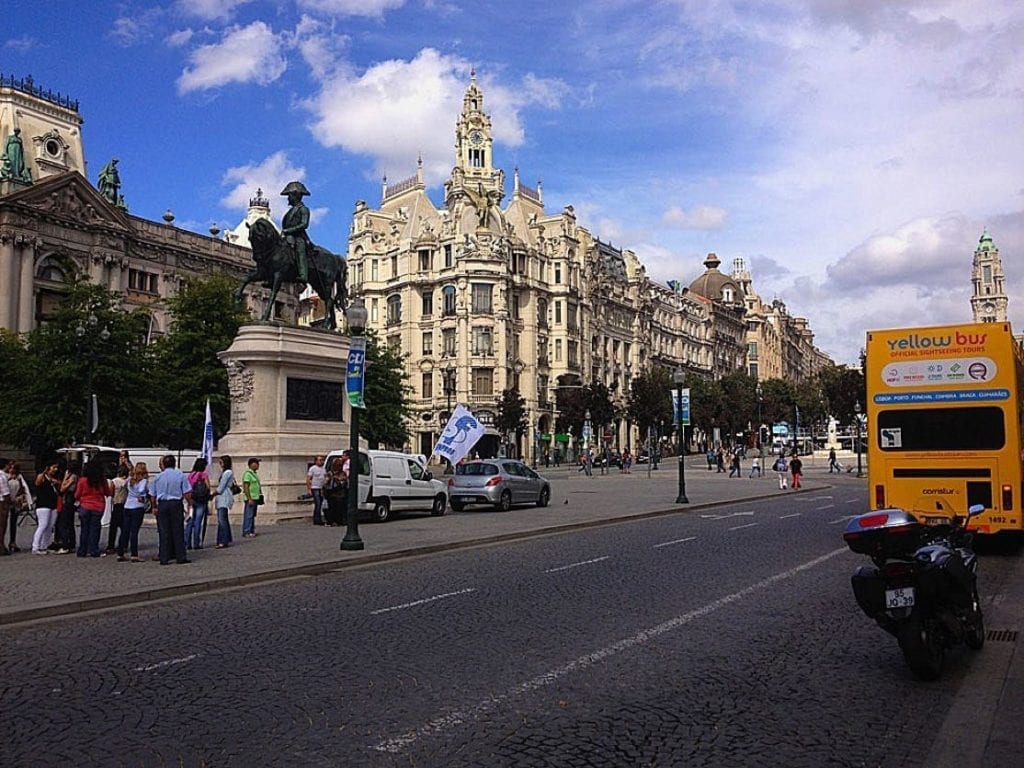 The bus journey was interesting as the roads were so narrow the wing mirrors of the bus were nearly touching the sides of the buildings. I suppose the bus drivers get accustomed to it but it wasn’t something Ray would have liked to have done trying to navigate through the tiny narrow streets of the villages.

Porto is Portugal’s second largest city. It is an ancient port steeped in history and tradition and a highly atmospheric place to visit.

We got off the bus near the imposing Avenida dos Aliados which is the heart of the city, a sloping boulevard lined with grand buildings and a central promenade.  Most of the buildings are hotels or main branches of the country’s major banks.  At the top of the avenue stands the Town Hall, a palatial building with a tall bell tower.

Praca Carlos Alberto is a lovely square surrounded by old buildings.  In the centre of the square is a monument to the heroes of the Great War (1914-1918).  The square then leads to Rua de Cedofeita which is one of Porto’s most characteristic streets.  It has been pedestrianized and is covered with the traditional Portuguese cobblestone pavement which is lined with shops. (I was glad I was wearing flat shoes).   We noticed some retro shops with wonderful Art Nouveau facades.   There is also a shopping area halfway down the street “Via Catarina”, with shops such as H&M and Zara as well as an attractive food court with restaurants built into what is made to look like traditional Portuguese houses.

As Porto is a very hilly city with lots of steep inclines and cobbles we opted for a  hop on hop off tour bus which was a great way of seeing all the city first before getting out and walking in the areas of interest.

There were hundreds of young people dressed from head to foot in black with large black capes (it was a warm day, they must have been so hot). It all seemed a bit strange.  We thought they were some sort of religious sect and every now and again you would hear shouts.  Later we were approached by some young people who explained that they were college students demonstrating and trying to raise money for those students that could not afford to continue their education.  We found a similar group doing the same in Lisbon a week later. 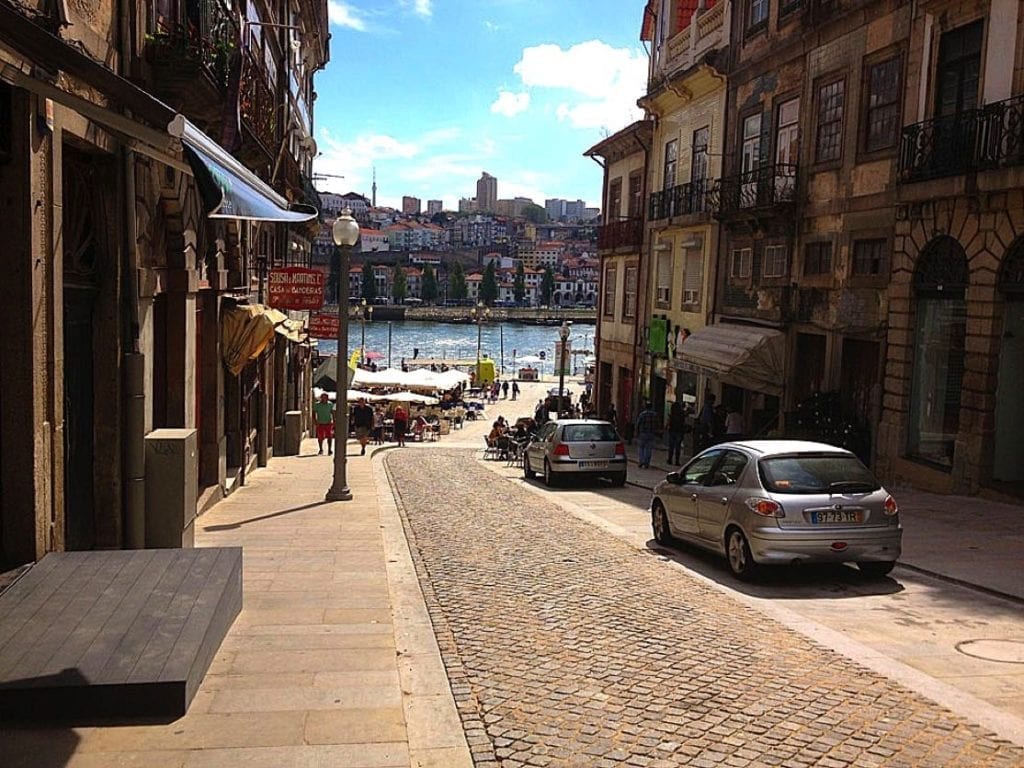 We continued to the Ribeira district which is made up of medieval streets and alleyways.  It is a crumbling but fascinating place and ended up at the riverfront square Praca da Ribeira.

It was very picturesque with traditional boats floating along the quayside and colourful ancient houses facing the river. 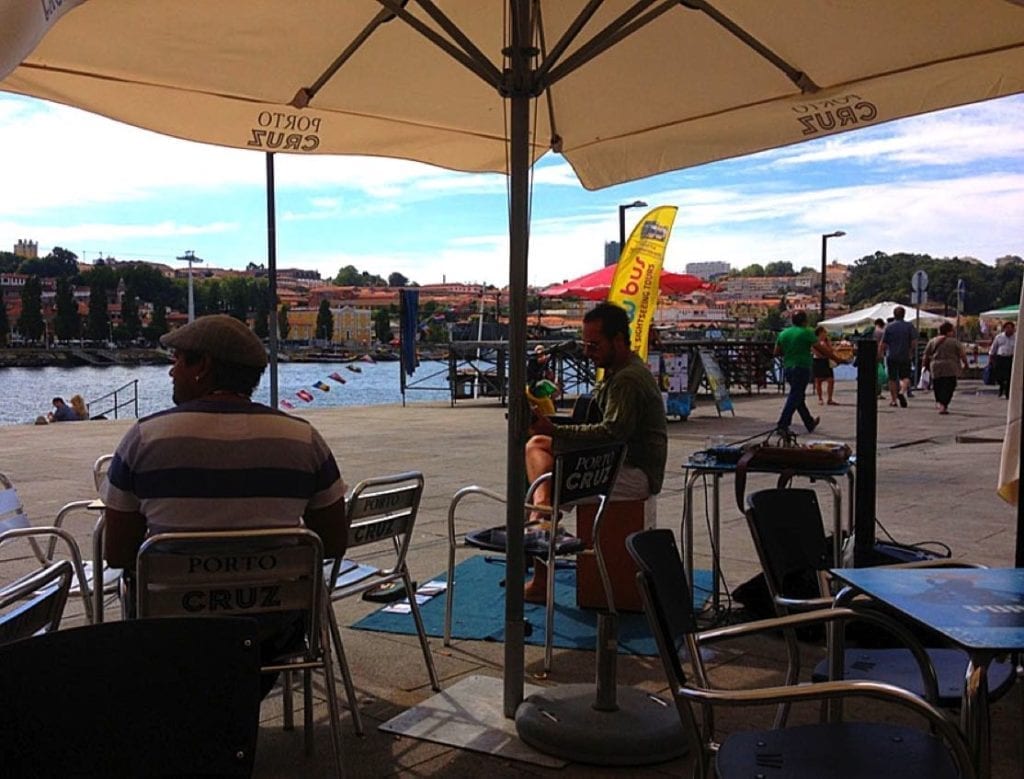 Lunch was outside one of the many restaurants on the riverfront.  It was lovely sitting in the sun listening to the Portuguese singer, and people watching.  From here we could look across the river to Vila Nova de Gaia.  On the opposite side of the river are many lodges where Port wine is blended and aged and where you can taste the different varieties.  The wine tasting is one of Porto’s best-known attractions.  This area is a great place to return at night for the liveliest restaurants and bars.  More bars and restaurants can be found in the Foz district. 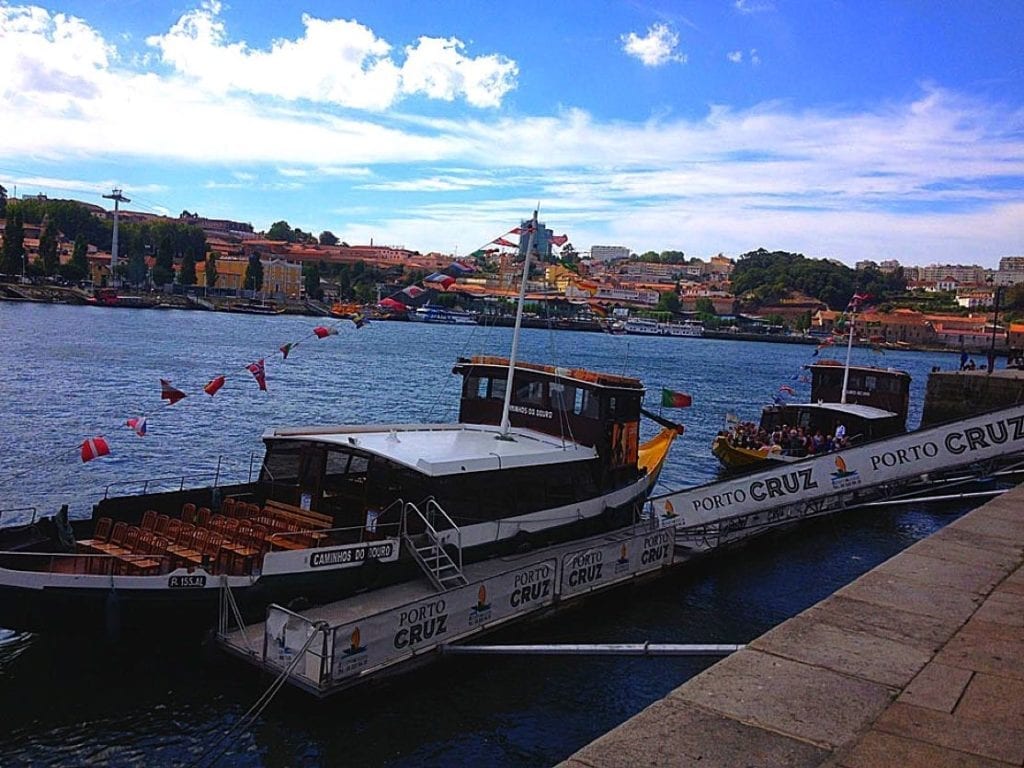 After lunch, and feeling hot, we went on a ‘Six Bridges Cruise boat’ along the Douro river which was 10 euros each for 50 minutes.  The breeze on the boat was very welcoming.  From the boat, you could see quite a lot of old dilapidated early 20th century buildings left to crumble and it makes you realise how poor the country is.  We couldn’t believe that people lived in some of these buildings too. 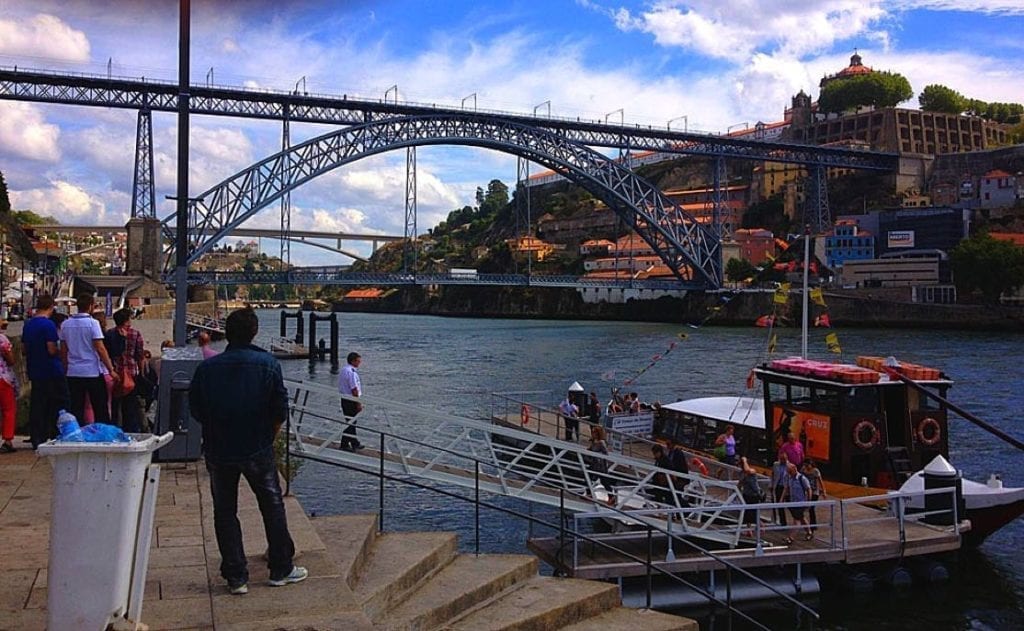 After the boat cruise, we walked over to the other side of the river to Vila Nova de Gaia crossing Ponte Louis Bridge.  If you turn right you find all the port lodges with loads of cellars open for tastings and tours.

There was a cable car overhead on this side of the river and something we may try if we come back to Porto (which I am sure we will for a weekend break).

After tasting some port and trying a selection of tapas we decided to head back to the campsite especially as it was starting to get dark at around 7 pm and we were concerned about getting off at the right bus stop.   It wasn’t a good time to choose though as the bus was full of school children returning home (seemed a bit late to be coming home from school to us).  We had to stand up on the bus most of the way and as I was standing near to the doors I kept getting caught up with the folding doors,

We had a fantastic day and Porto is a place we would recommend most certainly a place we will visit again as there is still so much more to see.  Cheapflights UK has some great deals on flights from Stansted to Porto.

Other places we will go back to see next time we visit are:

Lello Book Store – inside the “Lello & Irmao” bookshop which is very historic with a Neo-Gothic interior featuring a grand staircase and stained glass.

Gigantic Tile Murals – inside Sao Bento Station and on the façades of Carmo and Capela das Almas churches. 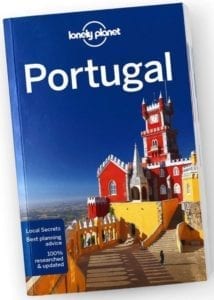