Details of campsites we stopped at with GPS Co-ordinates and a brief description of the site.

Our first camperstop in France which we found in the Camperstop Europe book was: 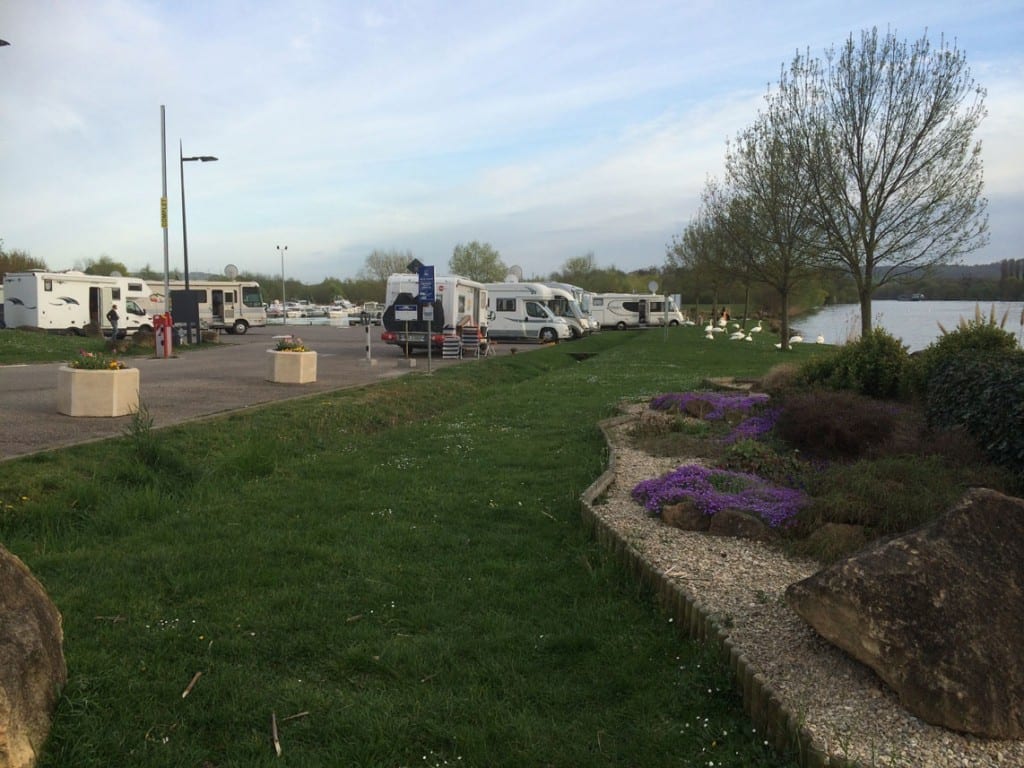 Lovely camperstop about half an hour from Metz. Felt safe and with an easy walk into Town. We would definitely stay here again while travelling through France. Although we did stop at the site in Metz first which is really lovely and Metz is more historical and interesting to walk around. Again on the river but unfortunately, it was not open on the 2nd April. 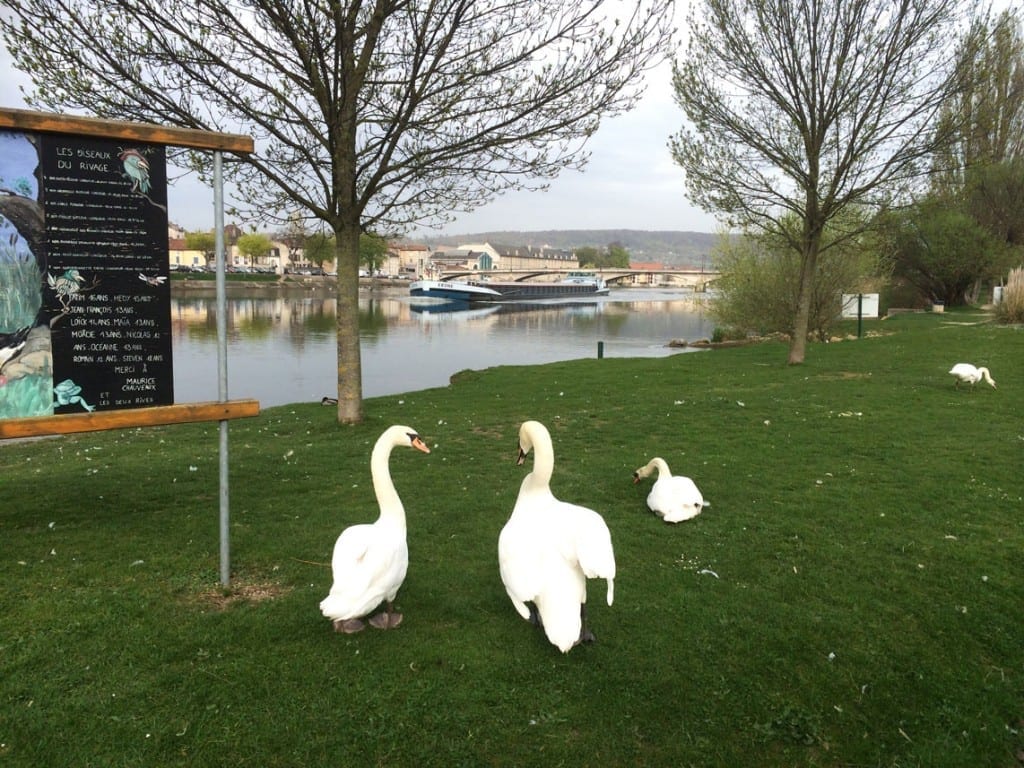 We found the next site in Lake Maggiore, Italy by accident. Was heading for 2 camperstops. The first one was a car park tucked away and I did not feel very safe there. The second one was no longer there. We then drove back down the road 10 minutes and found an ACSI camperstop

The terraced site was a bit tight to park up with a bigger van as the hill up to some of the spots was very steep.  We parked on the bottom terrace which was right by the busy road which was very noisy.  No pavements outside site only road so not suitable for walking into town which was quite a long walk in any way.  Would only stay here again if needed a sleepover.

Stayed 4 nights. Would definitely come back again.  Lovely walk (4km) into Sirmione which is a beautiful town. Another day cycled in other direction to Desenzano del Garda which was about 5km.  Very nice flat easy cycleway all the way in. 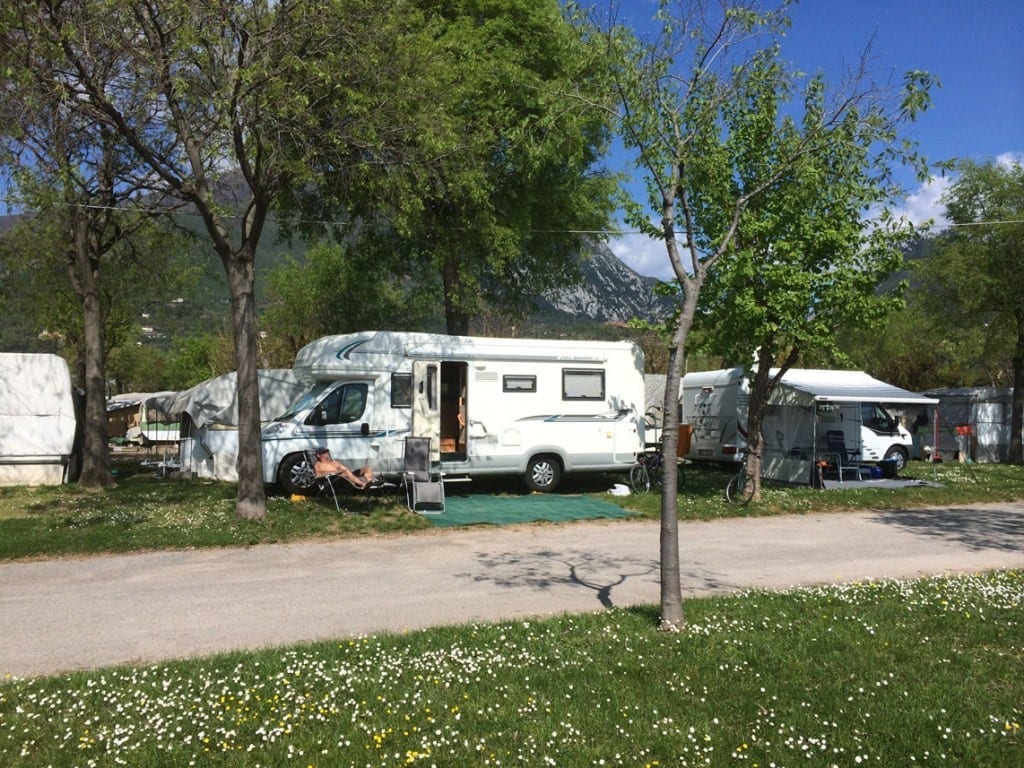 Located right by the lake in a very peaceful area with beautiful views across the lake to the snow-topped mountains. The centre of Maderno can be reached within minutes along a promenade beside the lake. Only 3 amp electric. €16 a night. Beautiful spot and very peaceful although the site was only just adequate. Quite a lot of caravans parked up all year round on this site.

Located again right on the shores of the lake. Several cafes along the shore. Promenade outside the campsite. Turn right into Lake Garda or turn left into Bardolino. Both very beautiful little towns. Walk or cycle on the flat promenade. £16 a night Excellent position and would definitely come back again.

Lovely site in a very good location.  Lots to do, several restaurants, bars, swimming pools.  Bus outside the campsite to Verona.  Short walk to Peschiera to the right and left to some bars and restaurants also a Euro Spar.  Camping Village.

Small shop, bar/restaurant and pool
Conveniently located to walk or cycle into Viareggio.
Beach 800 metres down a cycle track.
Nice enough site although don’t like having to buy a token from the reception for the shower for 50 cents.  The first 50cents I put in ran out before I had got the shampoo into my hair.  No water to wash the shampoo off my hands, wet hair had to dry off and get dressed go back to reception to get another token.  Not good!

The site is on a causeway between the island and the mainland.  The camping field is right next to a busy road so there is some road noise.  The gate at the bank of the site was locked so you can’t get out to the lagoon.  From the front entrance, you can cross the road and walk 50 metres to the beach. You can’t get into Orbetello or Porto Stefano (the nearest towns) unless you have a car.  It is too far to walk and on a narrow busy road into the town so in our view dangerous to cycle.  The receptionist told us there was no bus although we were told there were bus stops along the road outside we saw no buses so perhaps they did not run out of season.

On Saturday there were fiestas going on and it would have been nice had the campsite organised shuttle buses.  We took the motorhome into Orbetello on the day we left the campsite and there was plenty of free parking for motorhomes in the car park at the beginning of the town.  There was no parking in Porto Stefano.

The shower block was clean and looked quite new but the shower cubicles had no hooks and no shelf to put your shampoo/shower gel.  Also, there was no dividing wall. As there were no hooks you had to throw your clothes up over the door which was quite high.  For those reasons, the showers were not suitable.

This is not a site we would come back to as we didn’t feel comfortable there.

Ideal for visiting Rome.  Approx an hour.  A shuttle bus runs every half hour to Prima Porta Station for 1 euro each.  Nice clean showers and normal shower tap (not one you have to keep pressing in),

Nice comfortable feel to the site.  You can park up facing the river Tiber although there is a wire fence separating the site from the River.  Good restaurant, bar and shop.  Very convenient for getting to Rome.

Agriturismo La Cerra Tivoli
GPS:  n41˚55’40”  e12˚50’0”
www.agriturismolacerra.com
Tel:  +39 0774.411.671
We found this site on an app I have on my phone called Campings.
It was a really lovely site and only 11 euros a night. The views were excellent over the countryside and the bus stopped outside the site (down a steep hill) which went into Tivoli for the Villa D’Este Gardens.

Zeus Camping
Pompei, Italy
ACSI ID: 2681
GPS:  n40˚44’57”  e14˚28’51”
This site was a bit cramped with very small pitches and lots of trees to navigate. Toilet facilities adequate.  The location, however, was excellent.  The Pompei ruins were directly outside the site along with lots of restaurants and bars and a train station that went into Sorrento in one direction in 30 mins and Naples in the other direction in again about 20 mins.  16 euros a night on the ACSI card.

San Antonio
Vico Equense, Italy
ACSI ID: 2683
GPS:   n40˚39’34”  e14˚25’8”
16 euros a night.
This site was only about half an hour down the road from Pompei but as the Pompei site was not ideal for sitting outside as there just wasn’t the space we went on to San Antonio for a couple of days of relaxation outside the van.  We probably wouldn’t go back although it was nice as it was at the bottom of a very narrow road with hairpin bends.  The site owner suggested we followed the service bus up when we went.  We caught the train one day to go into Sorrento to do the Amalfi Coast but we had to get a bus to the station and the bus we caught to come back at the end of the day we had to walk from the top of the steep narrow road. The bus was not very regular either.

This was a nice relaxing site with a large beach where you could walk along the beach for miles.  Right out in the country though and would need a car to get anywhere.  We just used the site as it was the nearest one in the ACSI book to BARI so that we could catch the ferry over to Dubrovnik.

Perfect site for visiting Dubrovnik.  You catch a No 6 bus from outside the site which comes along every 15 minutes. A large site with 3 camping fields and various hotels and apartments, restaurant mini market.  At the end of the site is a lovely beach area (pebbles) but beautiful. Looking out to the bridge in Dubrovnik.  From here you can watch the ferry, cruise ships and boats going in and out of the pretty port.

Lot’s of kiosks and bars but they were not yet open as still early in the season which made it very quiet.  Can imagine it would be nicer in the Summer months.  The supermarket was only open for a few hours in the morning which we missed both times.  Walk to the left out of the campsite a bit run down after about 10 mins. Paid internet

Kamp Jure, Makarska, Croatia
ACSI Eurocampings site (Not ACSI Discount card)  €20 a night
n43˚18’28” e17˚0’15”
A terraced campsite in a perfect location for walking into Makarska.  The sea is at the bottom of the hill.  The walk into the town takes about 20-30 minutes along a promenade lined with bars restaurants, hotels and tourist kiosks.  Turning right at the beach takes you to the most beautiful natural area with quiet little bays. Free internet 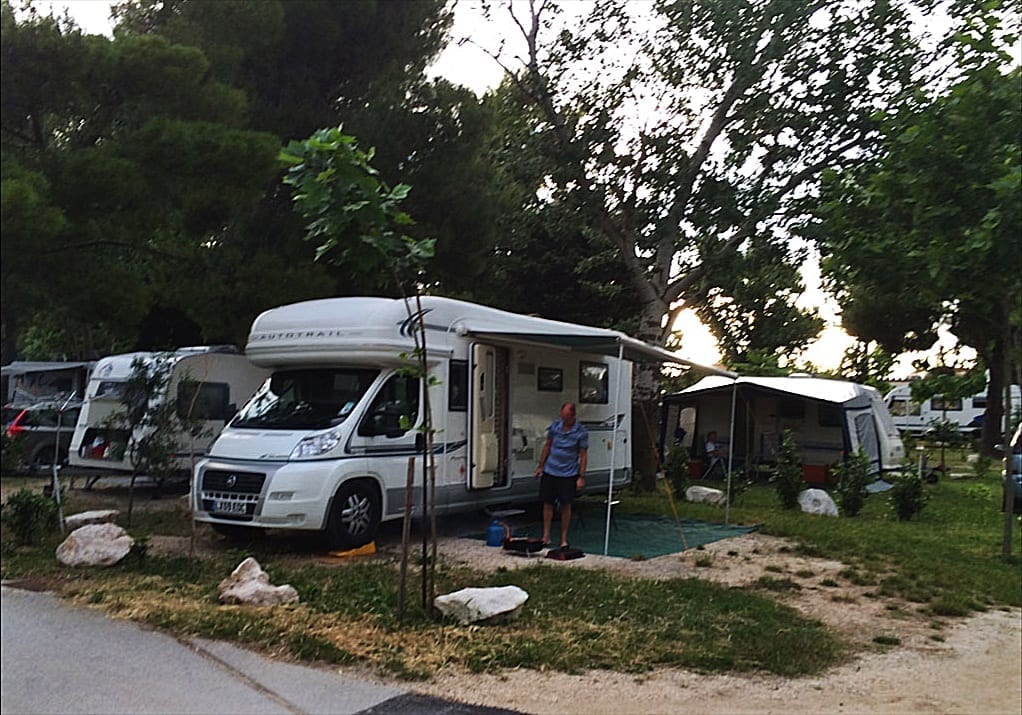 Stobrec, Split, Croatia
ACSI ID:  1040
n43˚30’15” e16˚31’34”
On a pebble beach 5km from Split.  A number 25 bus leaves from directly outside the site into Split or No.60 from the dual carriageway.  A 20-minute journey by bus.  Lovely views from the restaurant/bar on site of Stobrec.  Play area for kids.  Nice walk into Stobrec from the campsite with several bars/restaurants.  A supermarket on-site and a couple more supermarkets nearby. Pitch 167 near the wifi mast.  Free internet 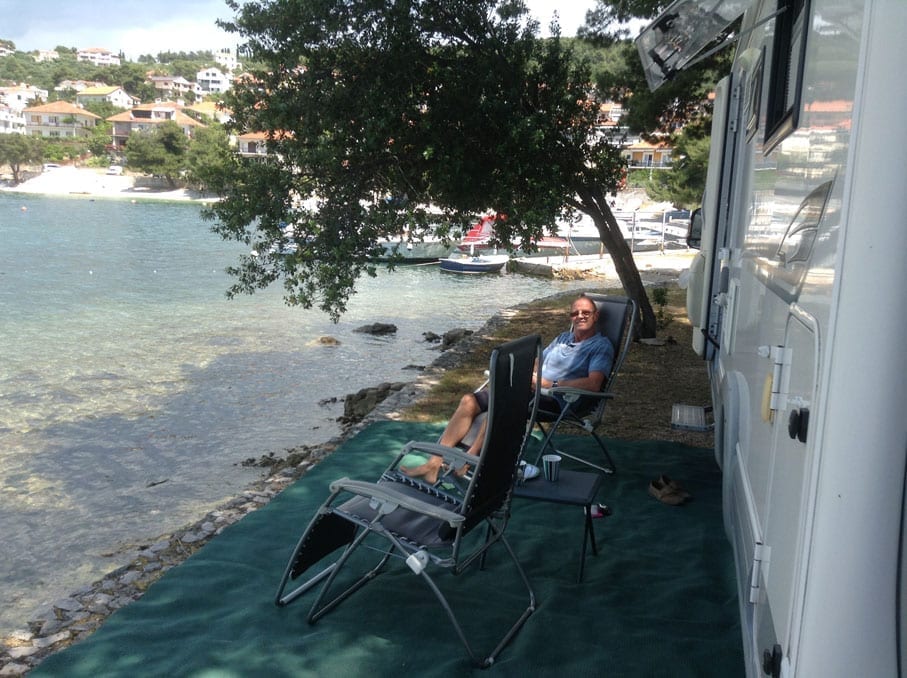 Camping Rozac, Trogir, Croatia
ACSI ID: 1020
n43˚30’19” e16˚15’30”
2 km from the Old Town of Trogir.  Bus stop outside the campsite. 10-minute journey.  Lovely campsite on a peninsula so you have a lovely beach on one side and a small marina on the other side.  We parked right up to the water’s edge.  TomTom could not give us a camper route only a car route we found out afterwards because the road is quite narrow and it is 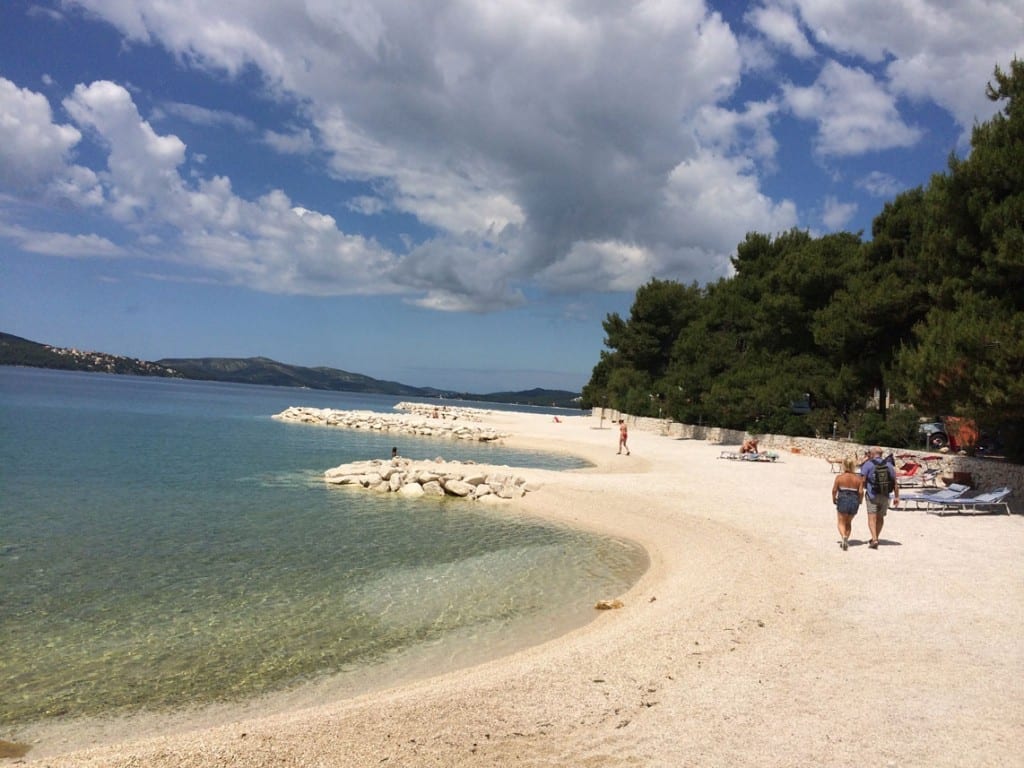 very tight if there is another big vehicle coming in the opposite direction.  Well worth it though.  Several supermarkets close by and right out of the campsite is a nice promenade with several trendy beach bars and restaurants. 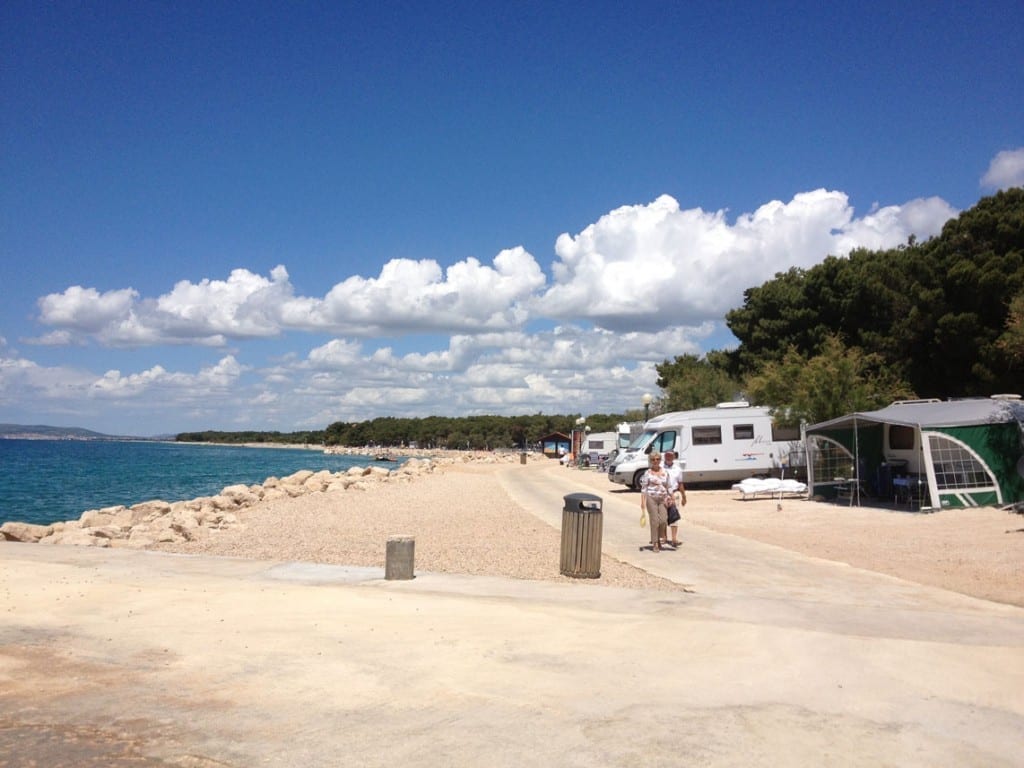 The campsite is located on the Sibenik-Split road E65, 5km south of Sibenik 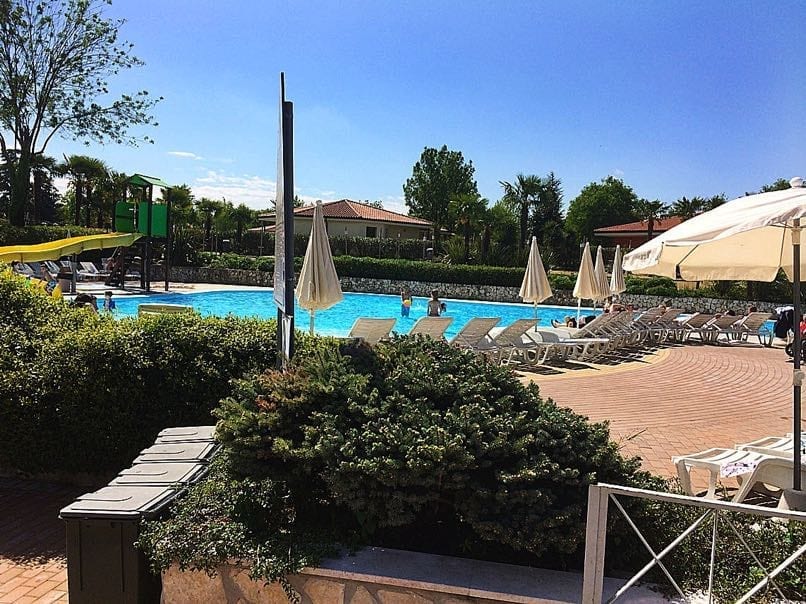 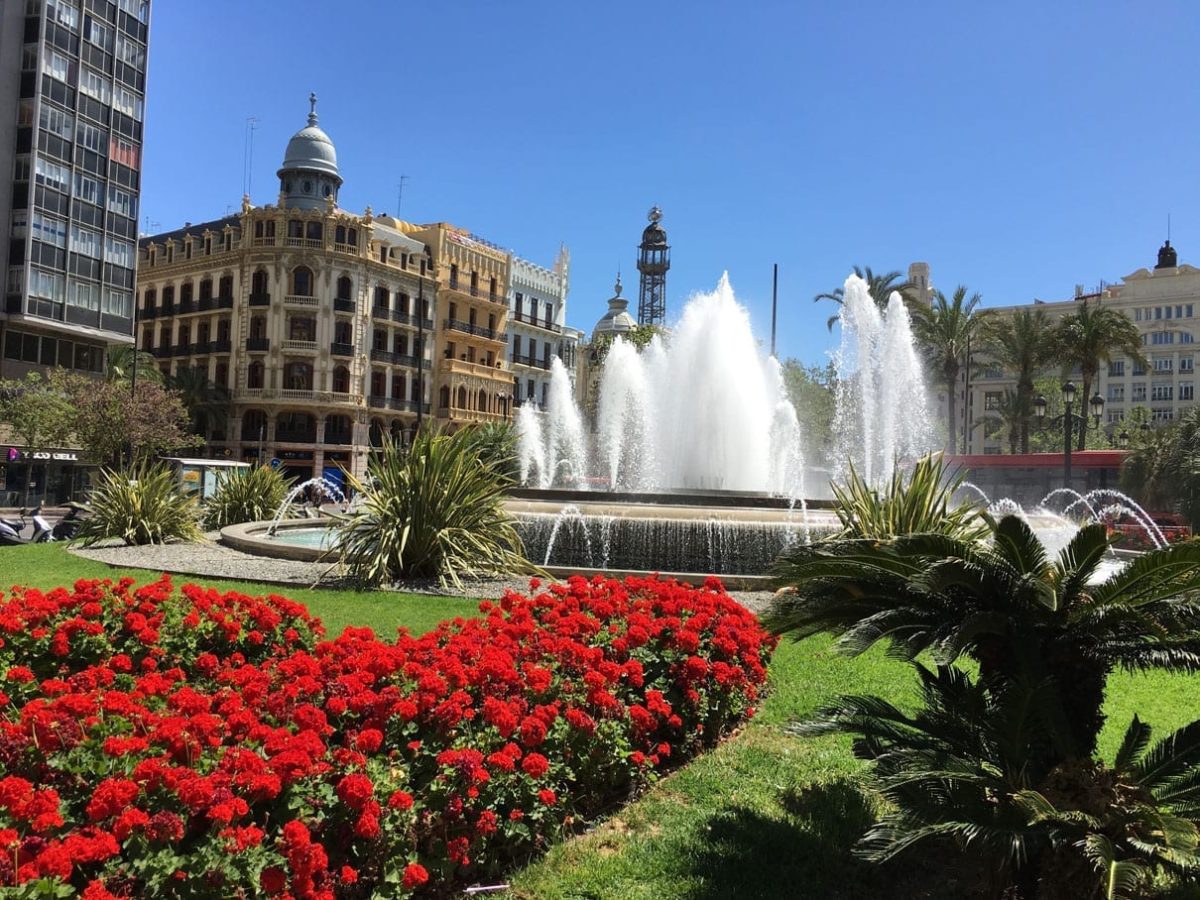 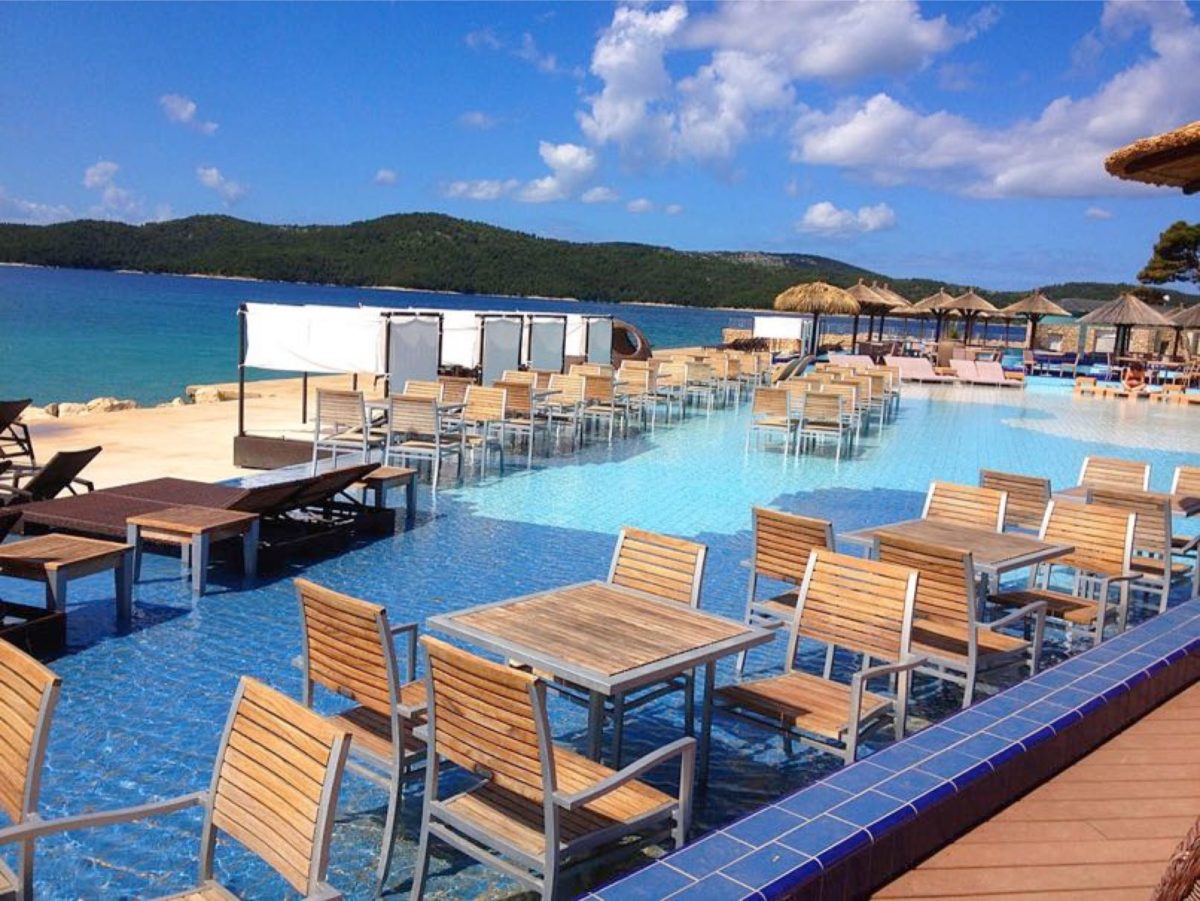 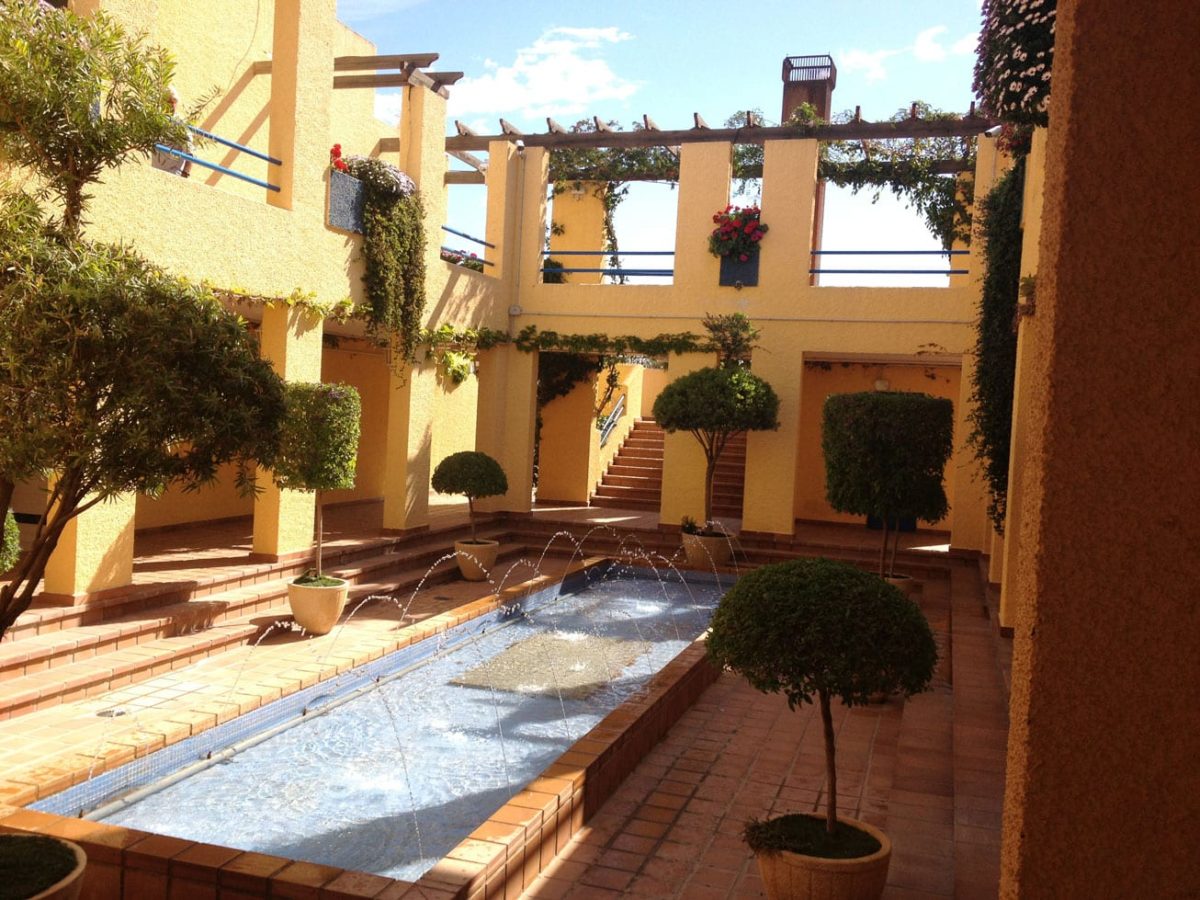