Rothenburg which is our most favourite place on the Romantic Road.  I had read about it being pretty and did wonder if a place could be that pretty? but I can honestly say that it most certainly can!  We were blown away by its beauty.  It’s one of the best preserved medieval walled towns in Germany and is the one that most gives you a sense of being taken back in time It fits the word romantic perfectly. 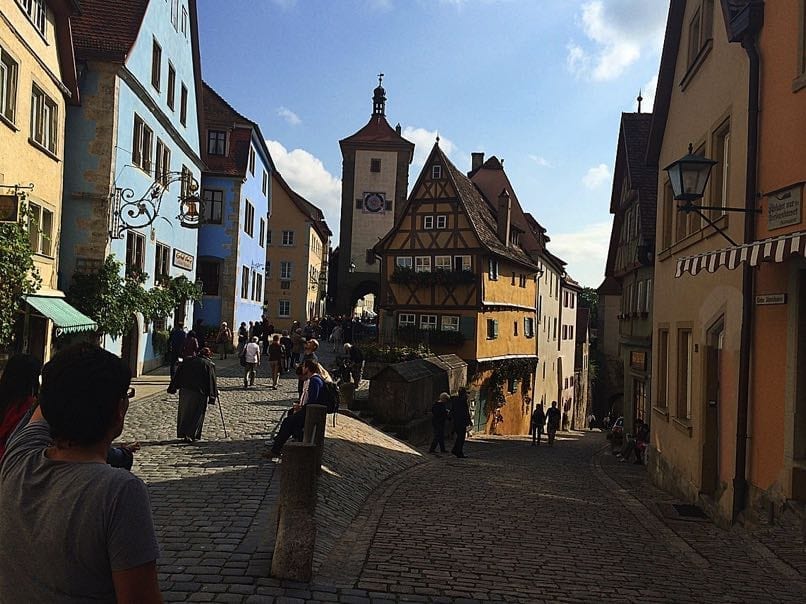 Sunday morning we moved down to our next stop, the chocolate box, picture-perfect town of Rothenburg.  It felt so magical and was like walking in a toy village.  It has a thriving Christmas Market which we must come back to see nearer to Christmas one year and stay in one of the fairy tale hotels.  Yes, Rothenburg is touristy but I would say that it is a place that needs to be visited. 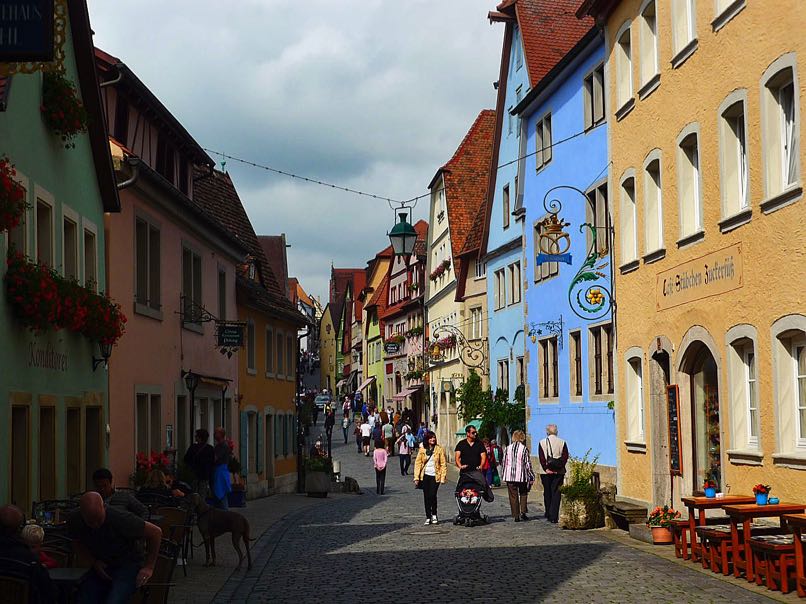 If you love Christmas then you would enjoy the Christmas Museum.  The museum explains some of the history and gives you an idea of how Christmas was celebrated over the centuries.  There are also several all year round Christmas shops in the town.   We browsed around in a couple of them and would have loved to buy some of the handmade wooden tree decorations but they were so expensive.  One or two little decorations would be lost on our big tree and at 14 and 20 euros each we just couldn’t justify buying them. 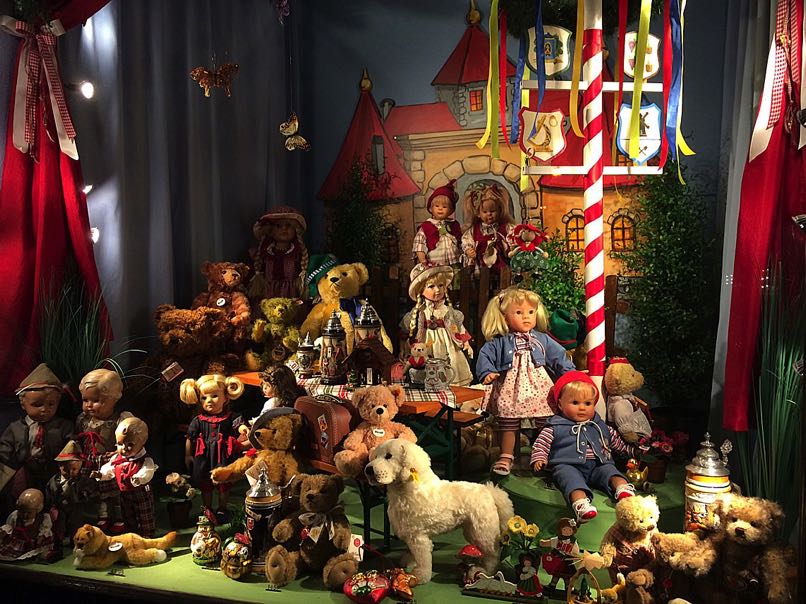 You can walk the medieval city wall with its towers which encircles the old city centre to get various perspectives of architecture in the middle ages or go to the top of the historical Town Hall for a spectacular view of the region. There is the Christmas museum, and the Medieval Crime Museum too.   We noticed many signs outside the shops and restaurants in English and Japanese but then it is an extremely popular tourist attraction. 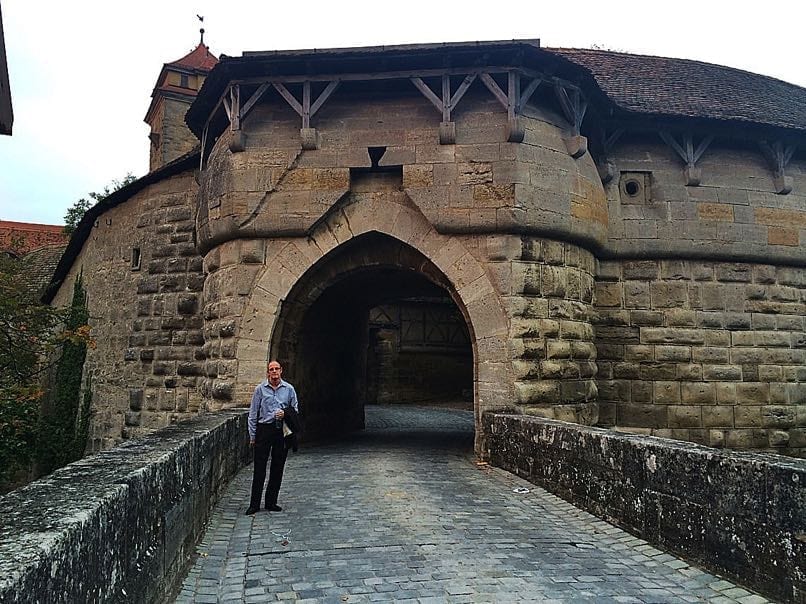 You are transported back to the medieval times with cobblestone streets, flower-filled window boxes, half-timbered houses with red-tiled roofs each of them having their own unique charm. I must admit I did start to struggle a bit with the cobblestones though as you couldn’t get away from them. I soon learnt to wear shoes with a thicker sole so that I couldn’t fee the cobbles as much beneath my feet. 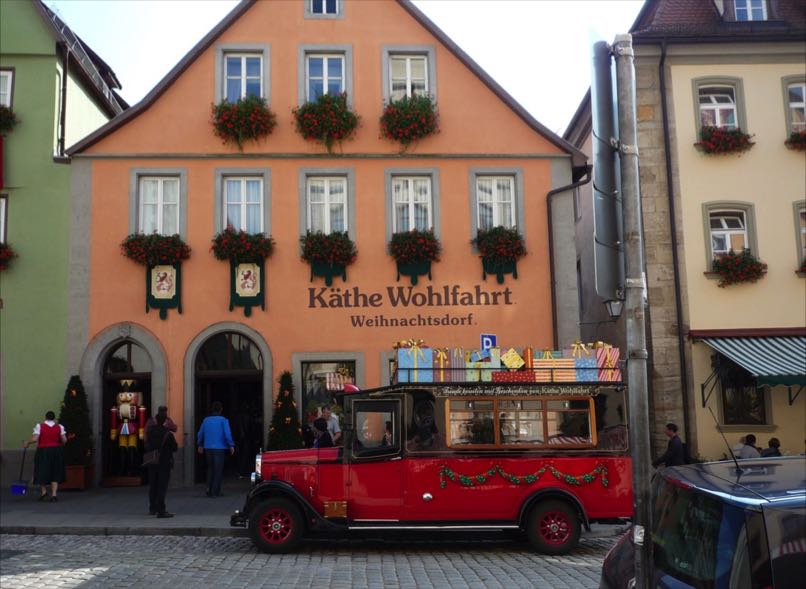 Rothenburg has a speciality sweet treat called Snowballs (Schneeballe), so we bought one to try.  We were so looking forward to trying it with a cup of tea but unfortunately, it looked good but didn’t taste as good.  It was pretty hard and was just tangles of chewy dough like strips of pastry stuck together in a ball. The picture below shows the bakers with the snowballs in the middle of the window. 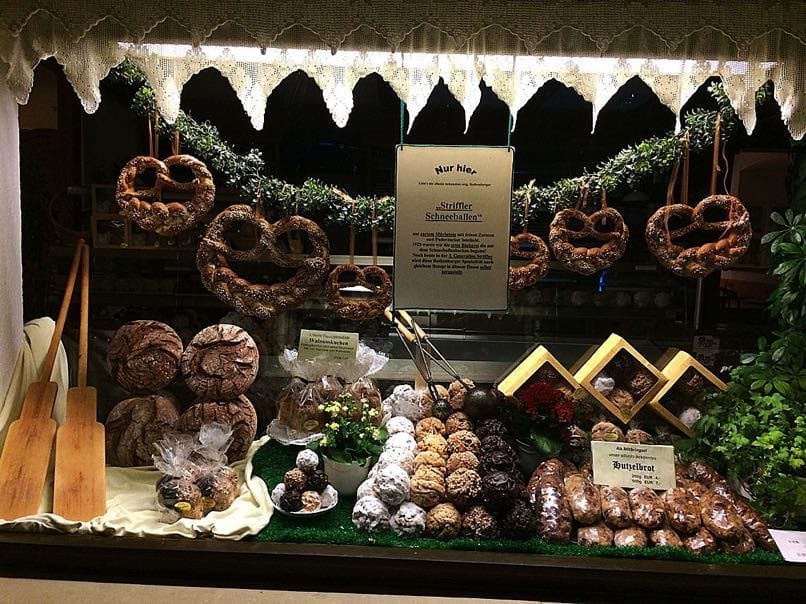 We walked back into Rothenburg in the evening to enjoy the towns charming atmosphere. Many of the tourists had moved back onto their tour buses by then.  We were eating a delicious meal sitting outside one of the restaurants when the Night Watchman walked past with a crowd of tourists behind him.  What a great way to learn the city’s history. 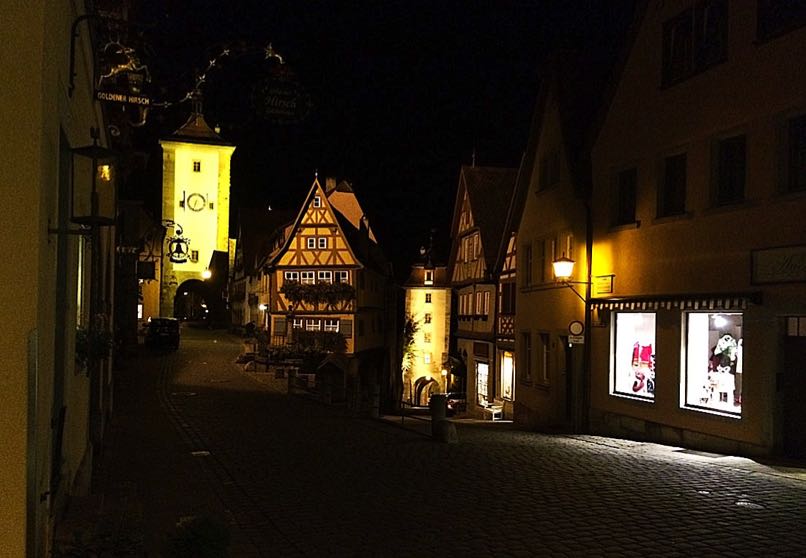 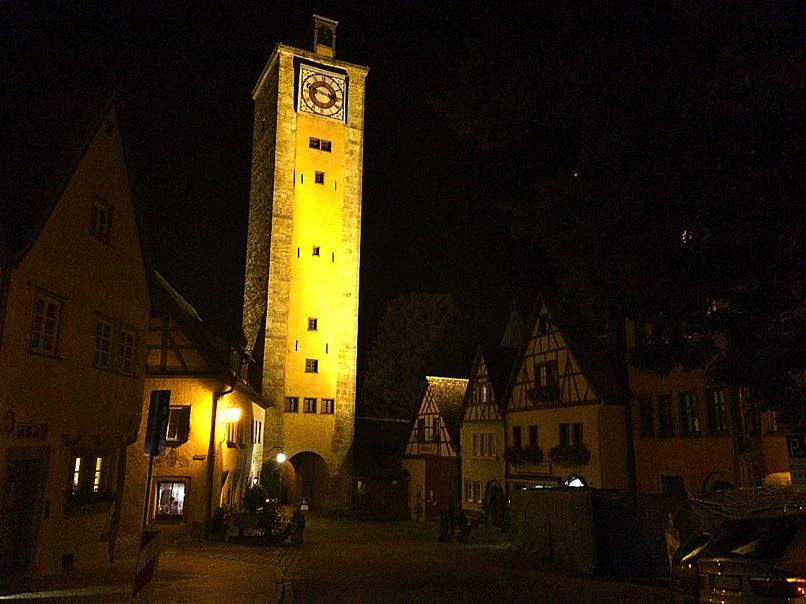 Until 1920, the night watchman was a lowly civil servant designated to roam the walled city of Rothenburg at night, looking out for attackers, drunks and thieves with a pointy weapon called a hellebarde.  The watchman sang a song to the darkness each hour, to let fellow citizens know he was still alive.  I wish we had known about it so that we could have joined a spooky re-enactment tour of his journey around the town. 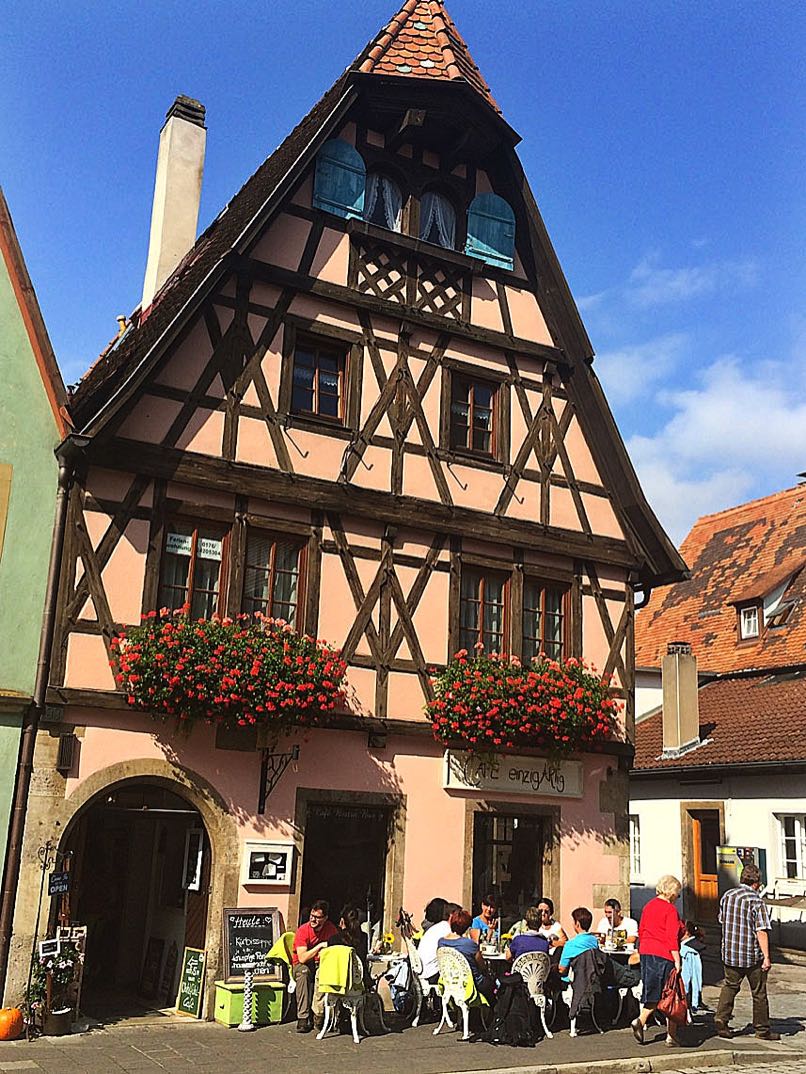 We were so lucky to be staying at a stellplatz just across the road from the entrance arch to the town.  It was a dedicated car park with electric, water and even a toilet block costing just 10 euros per night.  What has amazed me on this trip is the proximity of the stellplatz to the main towns.  We literally just cross the main road in some cases or have a 5-minute walk.  Europe and Germany especially are so geared up for motorhomes.  Unlike the UK who are not at all welcoming, in fact, we are sometimes treated the same as the gipsies in some towns in the UK and more and more height barriers are being put up.  What I think the European’s recognise is the amount of tourism and money motorhomer’s bring to the towns.  Even the supermarkets welcome us by allocating special longer spaces for us to park.  Can I just point out now that I have mentioned the gipsies though that you will find motorhomer’s are always respectful of the environment, dump any rubbish in the bins provided and are quite people on the whole, in fact quite often after a busy day touring we are in bed early. 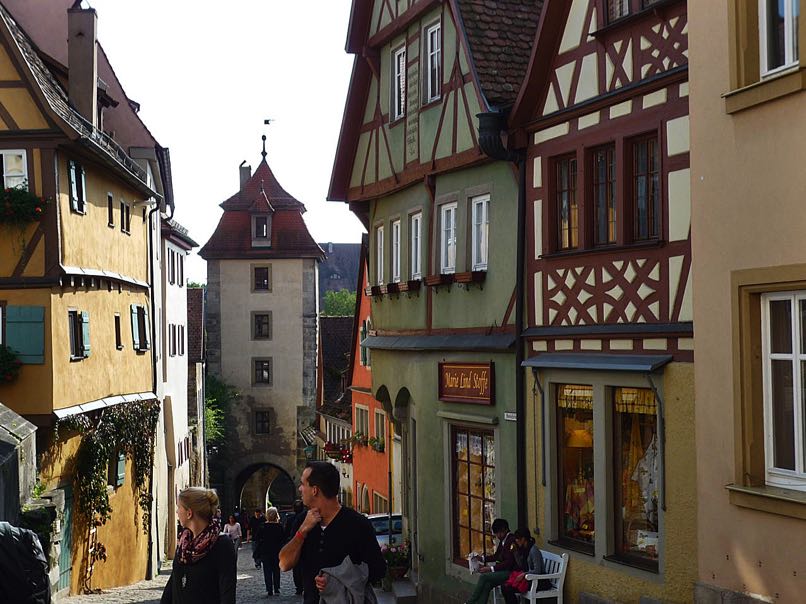 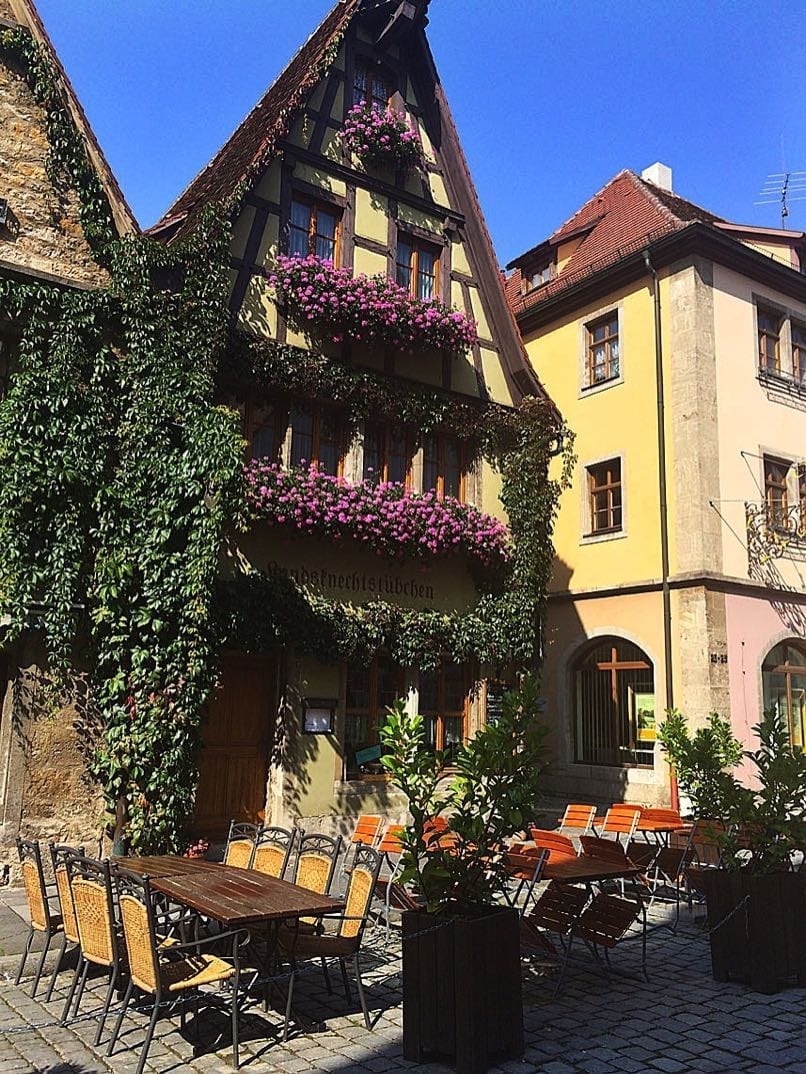 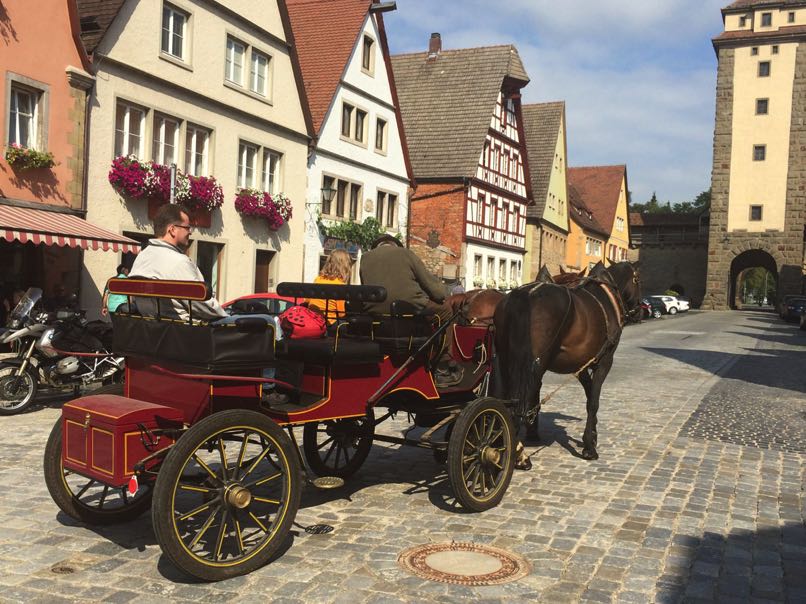 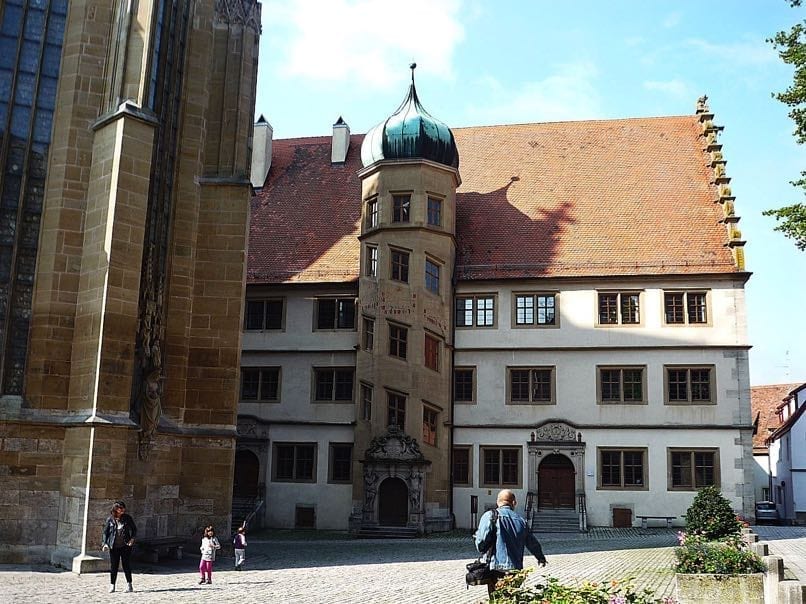 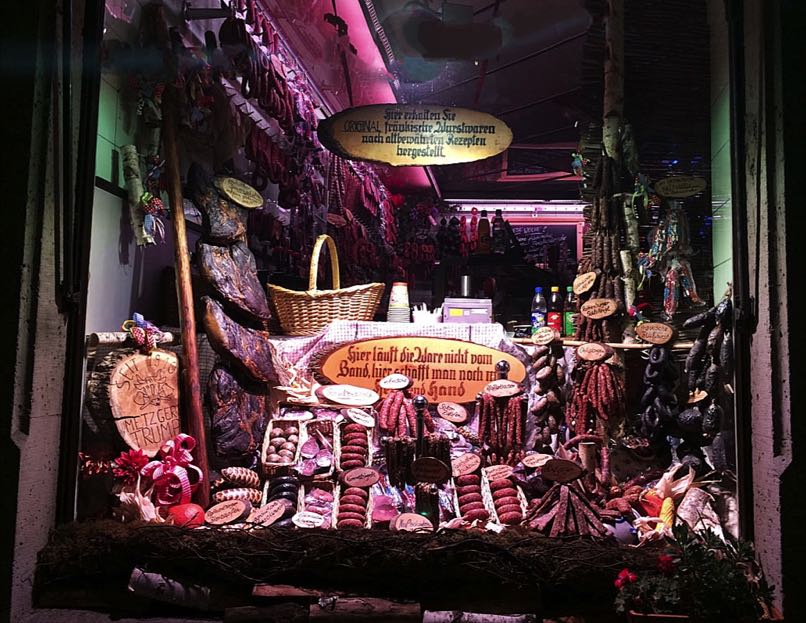 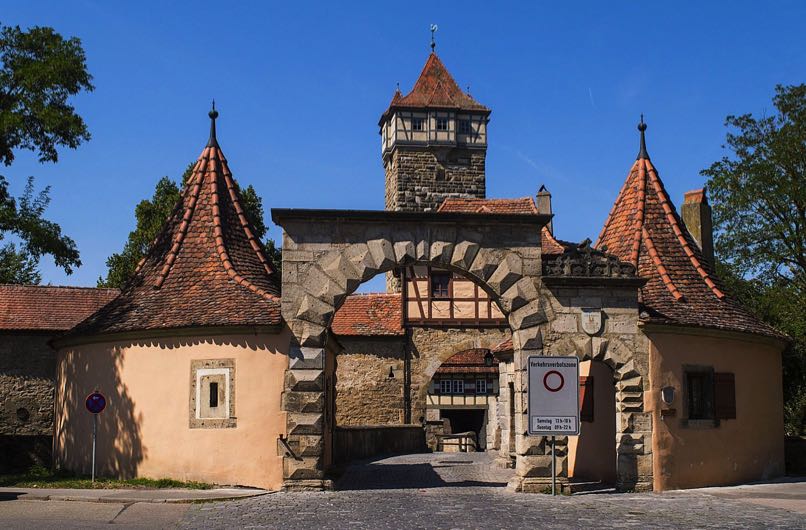 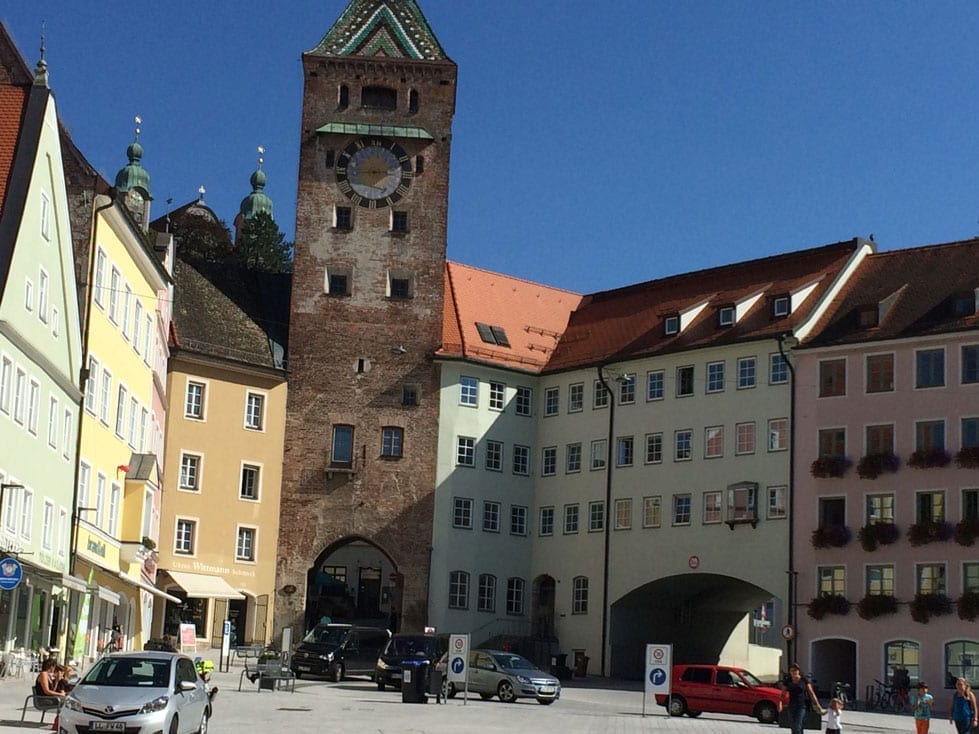 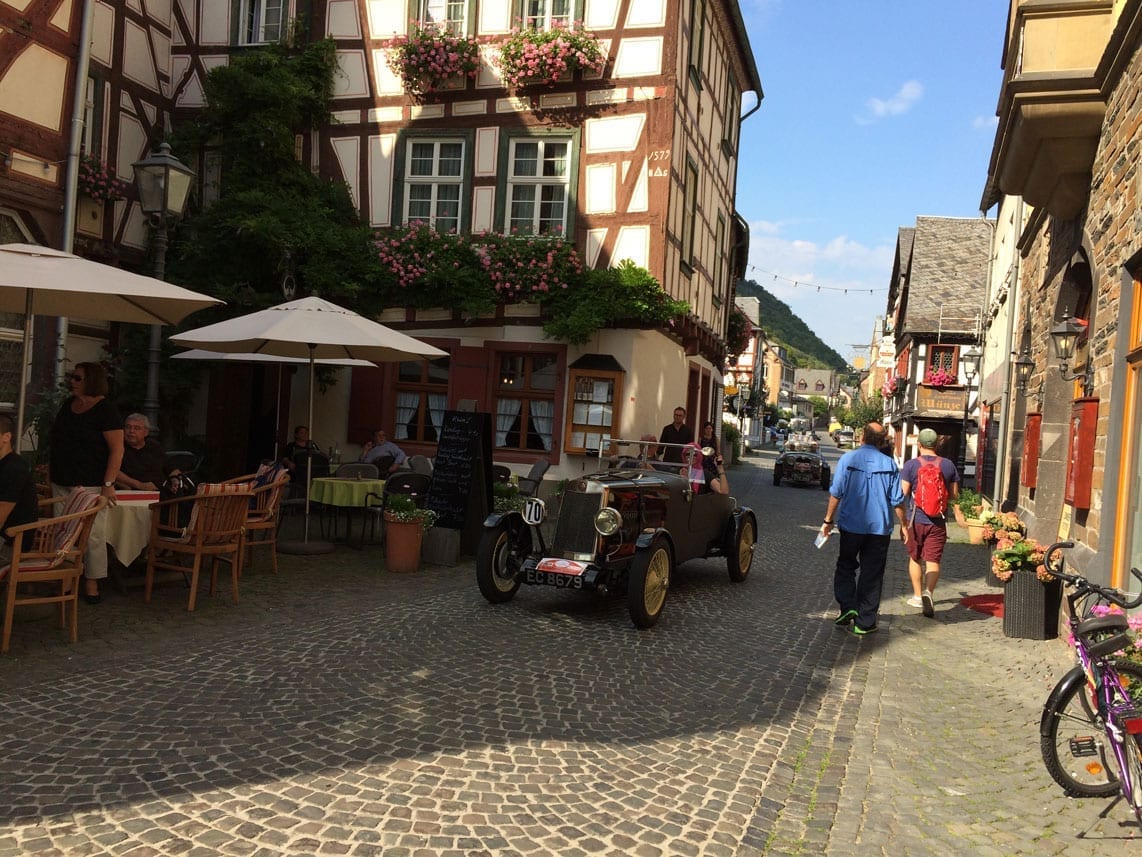 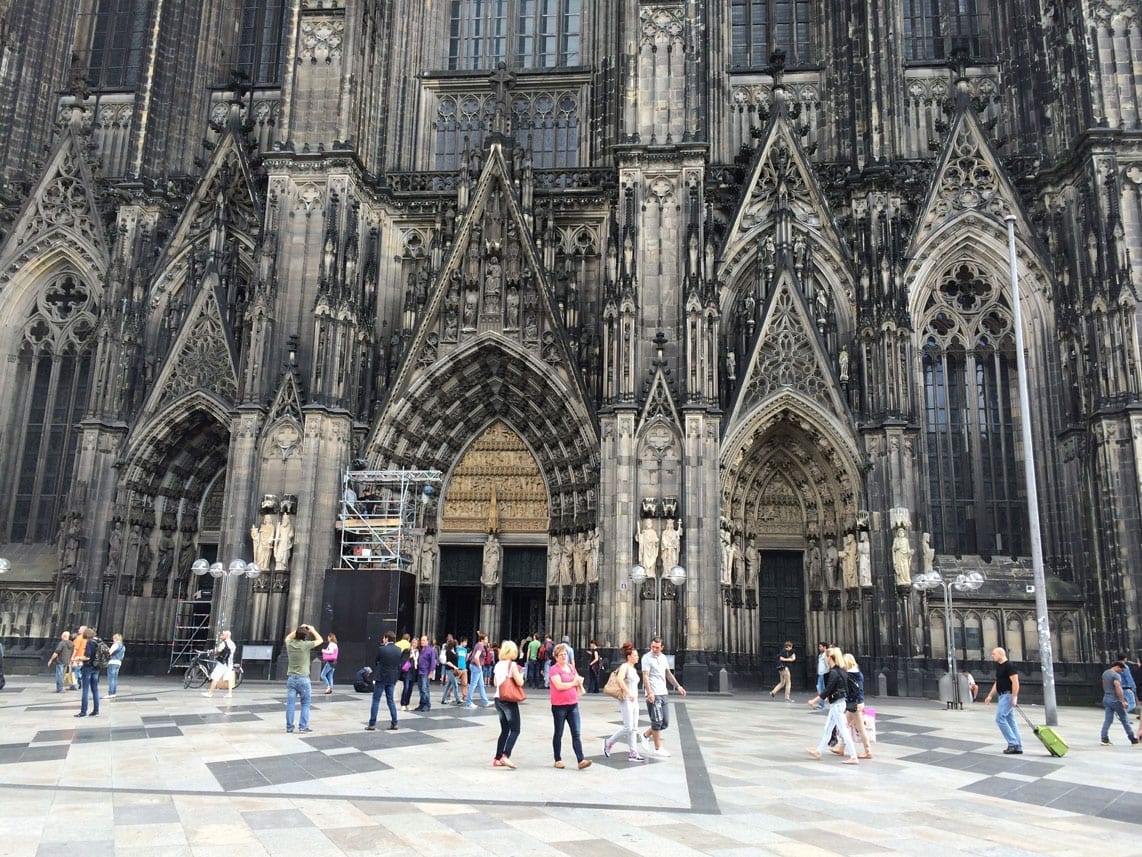 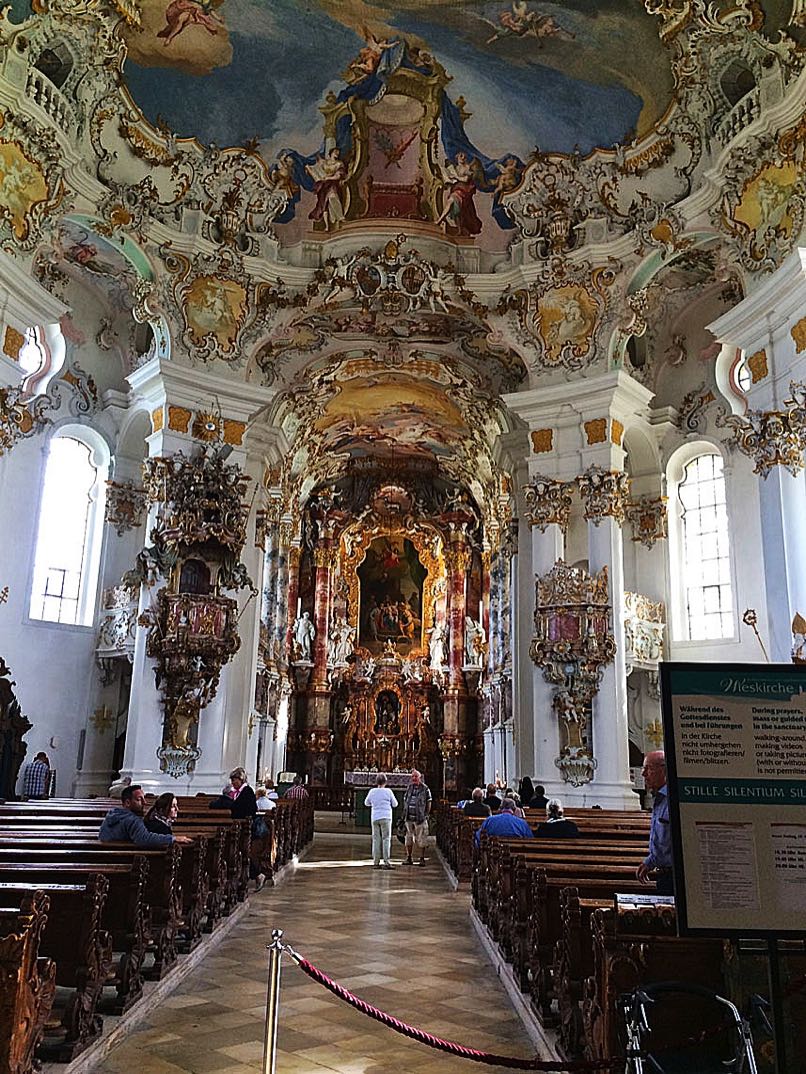