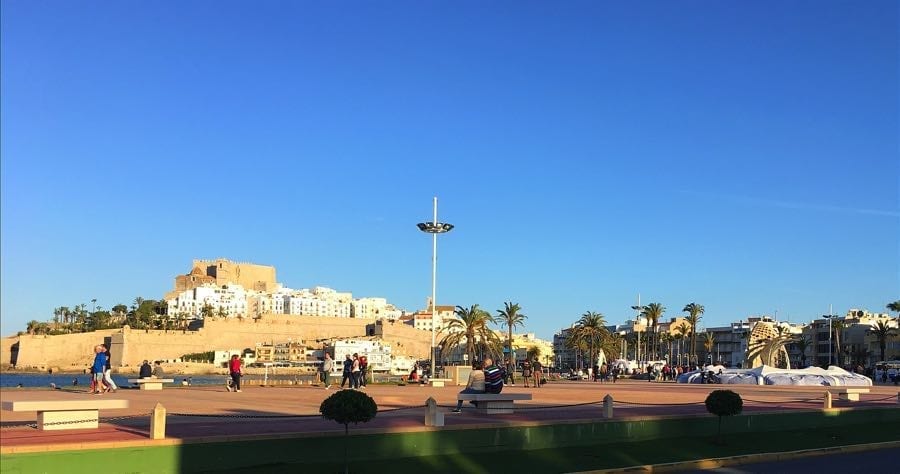 Eden Cat 1,
Peniscola, Spain
in the province of Castellon

From Benidorm, we travelled back up the coast about 3 hours to Peniscola.  We had in fact, visited Peniscola on a previous trip but had completely forgotten how lovely and picturesque it was.  The reason for popping back this time was to meet up with our friends Lorraine and Fred who are out doing the same as us and are on their first 3-month trip.  They left home 2 weeks later than us though. 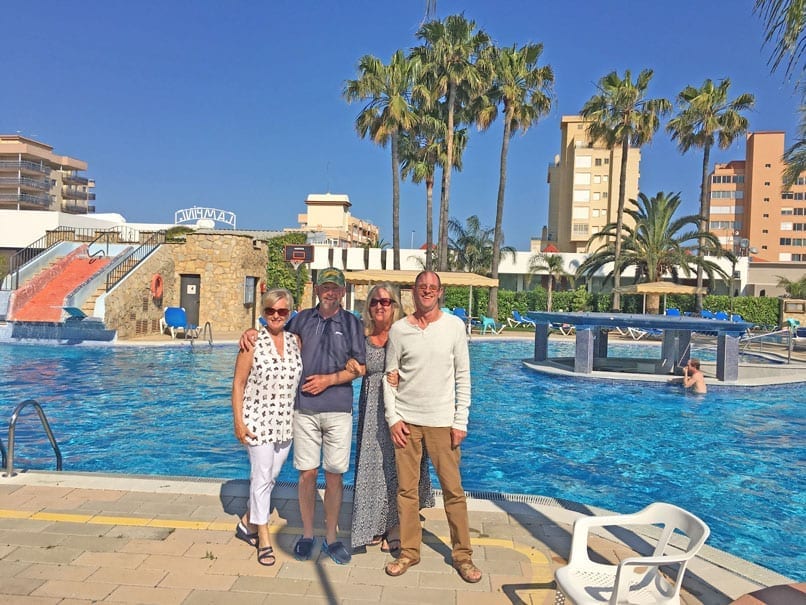 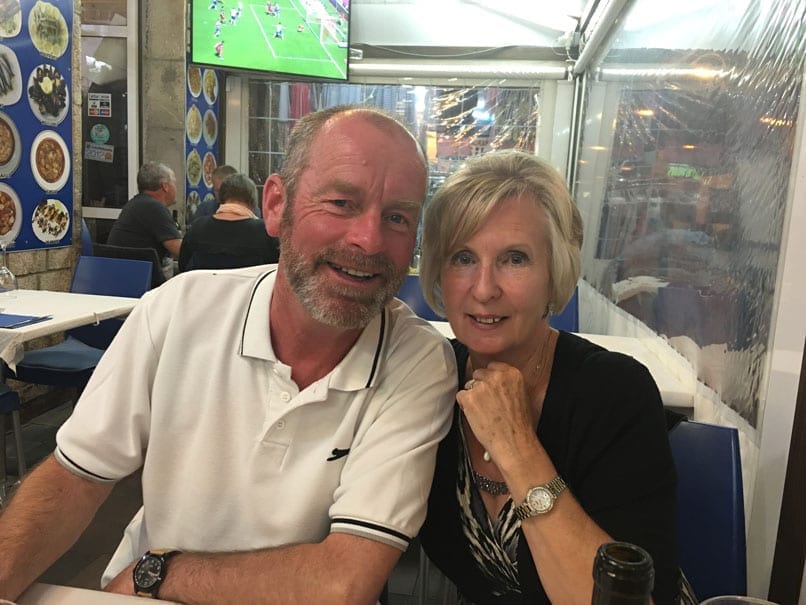 It was so lovely meeting up with them to find that they were enjoying it every bit as much as we do. 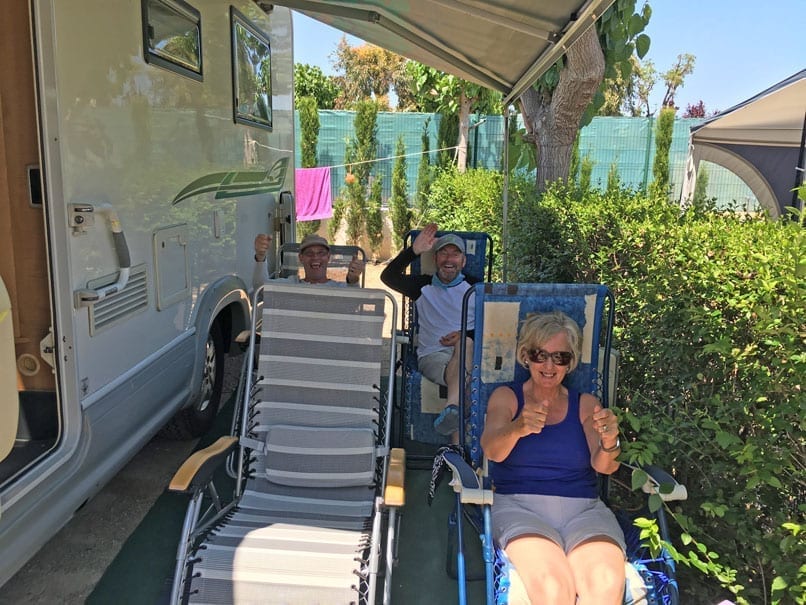 All really trying to get under the little bit of shade on a really hot day. “The Wheels on the Bus go round……..”

We spent 3 days together, cycling, walking, eating out, cooking in, relaxing in the sun and exchanging our travel stories so far which was fantastic.  It was really sad to leave them and go our separate ways but they were heading into France and we were heading for Italy with a stopover in St Tropez.

Peniscola is a really pretty town which has a fortified harbour and a castle perched on a large ridge overlooking the sea. It is quite an impressive sight and can be seen from miles away.  The castle was built by the Knights Templar in the 1200’s. 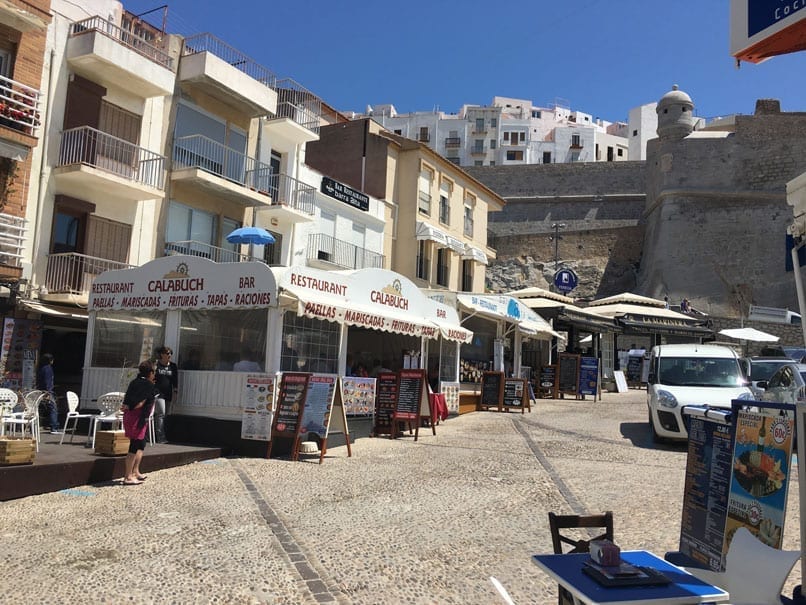 On the walk up to the Old Town, you pass many bars/restaurants and touristy shops.  Once you enter the Old town there is a maze of pretty cobbled stone streets and whitewashed buildings set against the azure blue of the Mediterranean sea.  We strolled around narrow alleys exploring every nook and found a spot to sit and just soak it all up looking out to the sea. 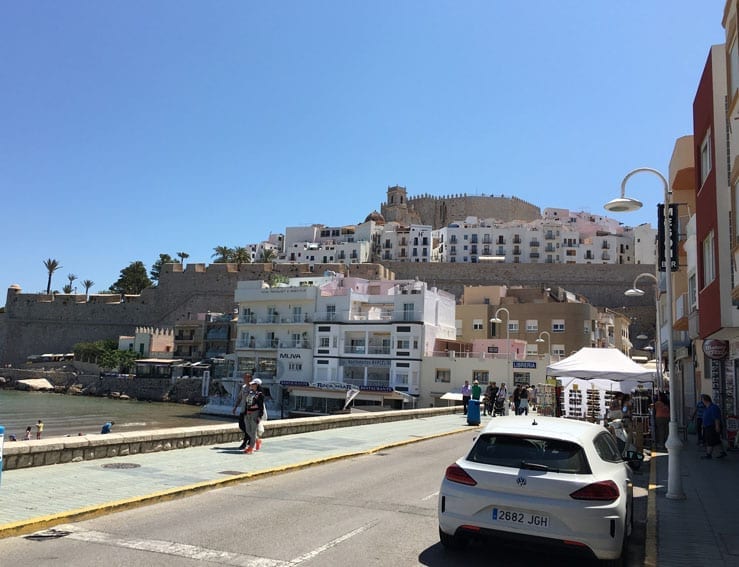 A bit later we stopped for a tapas lunch at one of the restaurants overlooking the sea but was shocked at the price for what we had. We didn’t really realise but the menu had no prices (thinking about it now we haven’t come across that before).   We only wanted tapas so ordered prawns in garlic oil, bread and calamari with two glasses of wine which set us back 38 euros. 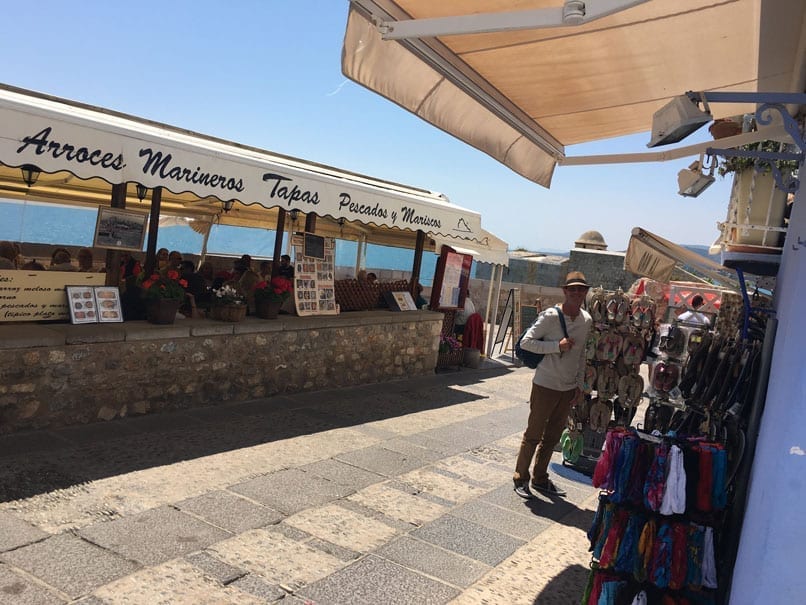 The batter on the calamari was too heavy so it wasn’t really very nice.  We would have been better off eating outside of the walled town but I suppose we paid for the view over the sea.

The beach in Peniscola is lovely, wide, deep and sandy.  Its very kid friendly with shallow clear water and as with many beaches in Spain there is a playground right on the beach. 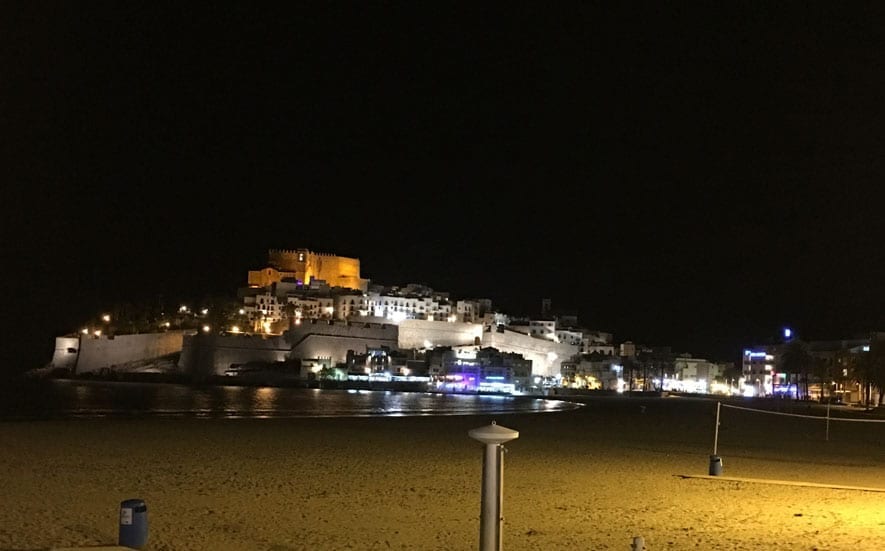 There is a very long promenade running from Penisola to Benicarlo which the four of us rode on one of the days.

Another day we visited the large market which was near the harbour.

The view of the Castle at night is quite magical and romantic. 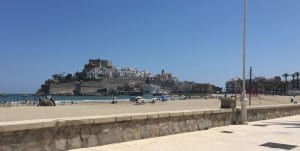 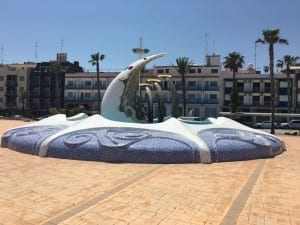 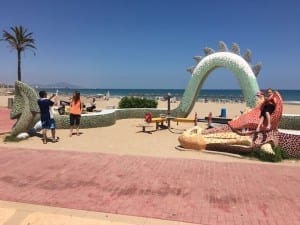 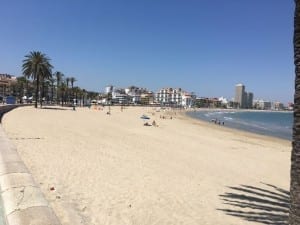 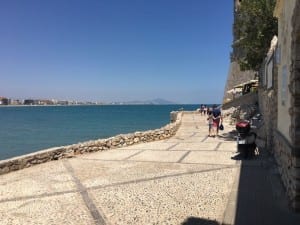 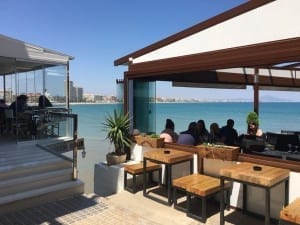 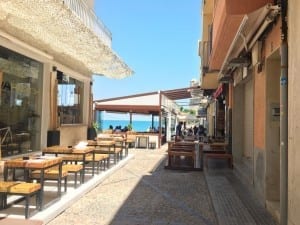 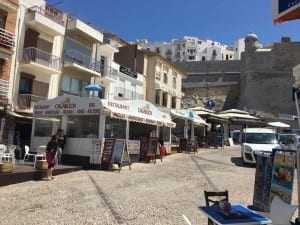 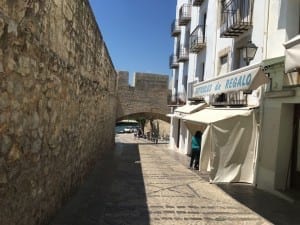 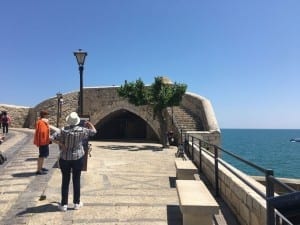 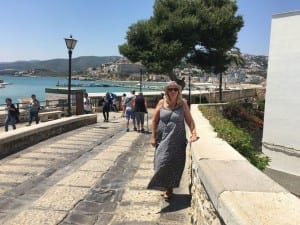 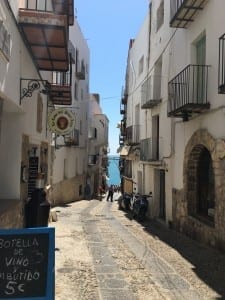 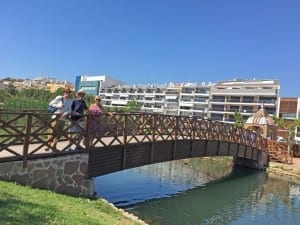 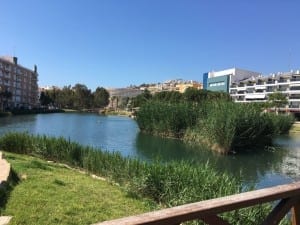 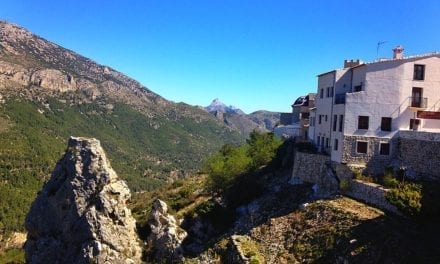 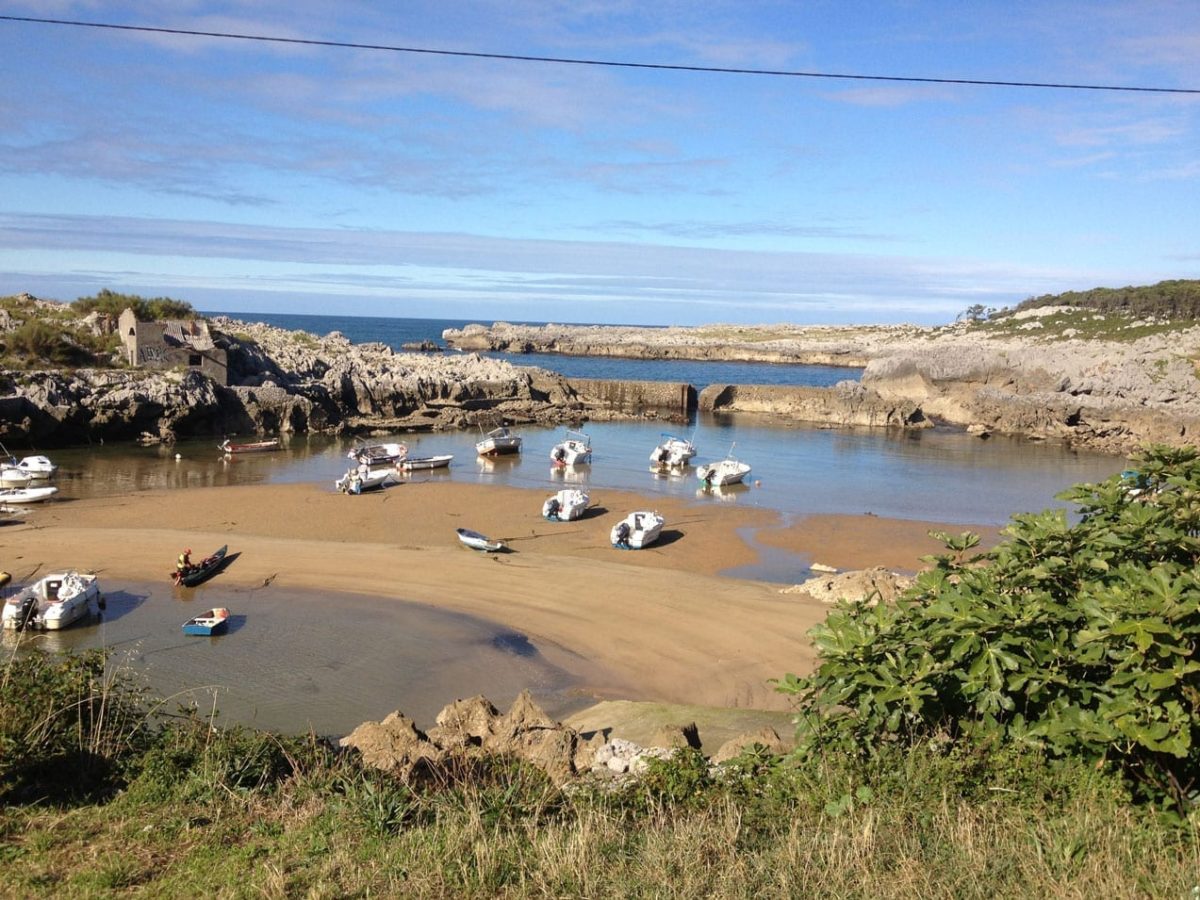 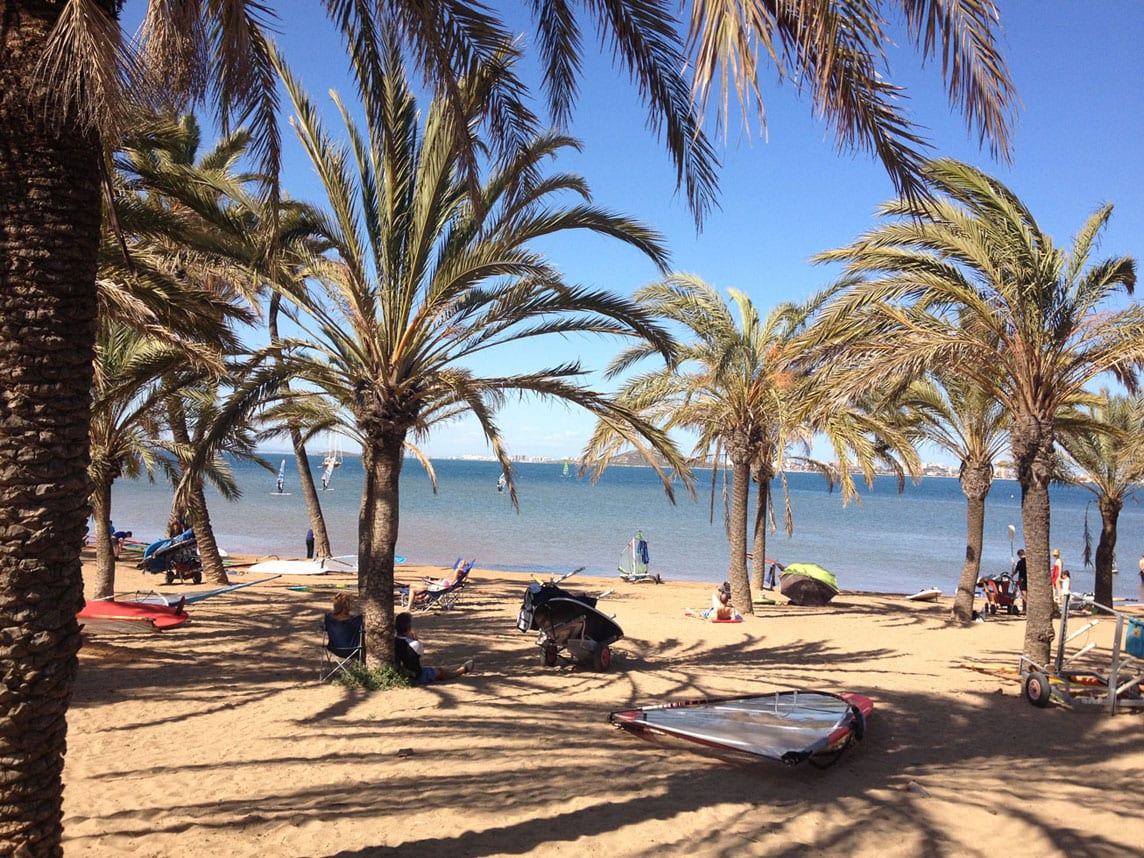 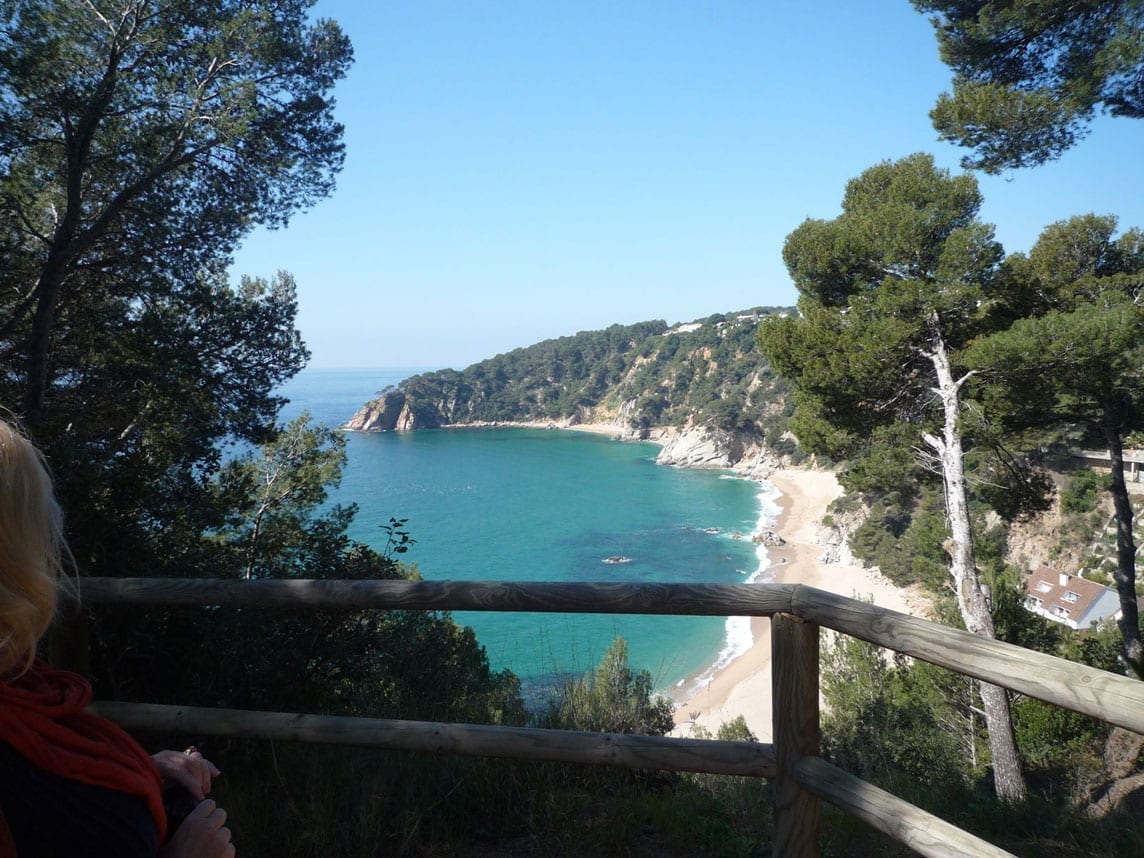